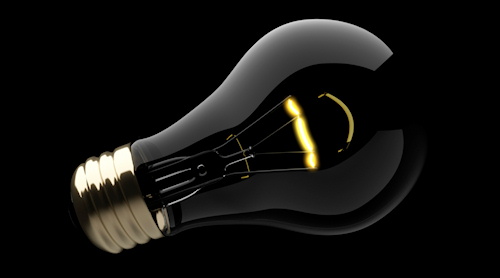 Upset over a recent article that argued in favor of limiting the use of graphic abortion images, Stephanie Gray criticized the article’s writer, Kristen Walker, as “gravely misguided.” Gray is wrong.

Gray claimed her criticism is based on evidence. In fact, it’s based on a logical fallacy. Gray wrote, “Within the pro-life movement, there should be one, and only one, fundamental principal guiding the choices we make about activism, and that is effectiveness.” She added, “There is simply no denying the effectiveness of graphic images in saving lives. Period.”

Here’s the problem. For the sake of argument, let’s accept Gray’s point that graphic images save lives. Nevertheless, the “effective” fundamental principle guiding the choices we make is the one that saves the most lives. And changing the law is far more effective at saving lives than showing graphic images.

Of course, the pro-life movement is not, and should not be, one-dimensional. And while changing the law is highly important, so is sidewalk counseling, and public education, of which Gray is a leader.

But Walker’s main point was that graphic abortion images turn people against the pro-life movement, and therefore are counterproductive when used incorrectly.

Yet Gray failed to mention the law, the judicial system, or the political process in her article. Addressing this issue, she wrote, “The question is not do graphic images save lives (they do), but rather, do they turn people off in such a way as to be detrimental to the movement? And anyone still asking that latter question needs to re-read what I’ve written so far.”

Well, I did re-read what Gray wrote. And it was just as empty of substance on this issue the second time around. Continuing with this line of reasoning, Gray added, “Now, is it possible that some women will see the abortion images and not change their minds? Of course. But no woman sees the images and decides to have an abortion because of them.”

True. But irrelevant. Gray’s entire criticism of Walker is based on a false assumption. As explained above, if a percentage of the public refuses to even consider voting for pro-life politicians because their minds have been closed after seeing graphic abortion images in public places, well, then, at the very least, the effectiveness of showing these images in public places is a legitimate topic in need of debate. Gray utterly failed to address this issue, let alone refute it.

However, Gray’s argument is flawed. Consider the following. Time after time, pro-abortion proponents criticize the pro-life position without once mentioning the reason for the pro-life position: abortion is the intentional killing of innocent human life. Gray makes a similar error by criticizing Walker’s position without once mentioning the reason for that position: the effect that graphic abortion images have in shaping the law, the judicial system, and the political process.

What do you call it when somebody makes such an error? Oh, yeah. Misguided.