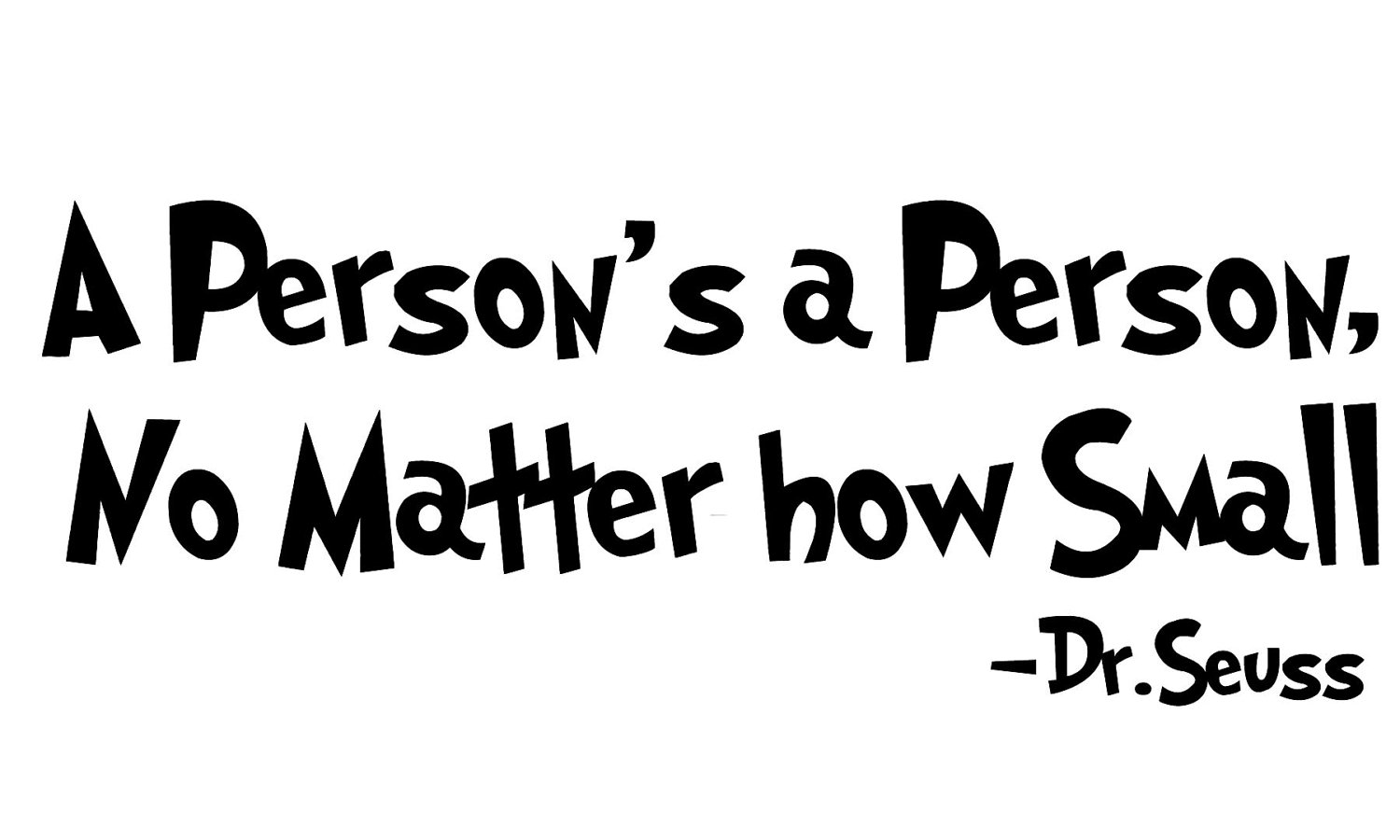 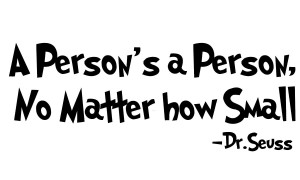 It’s obvious why graphics like the above, quoting from Dr. Seuss’s classic children’s story Horton Hears a Who!, are popular in pro-life circles: it’s appealing to see a universally beloved cultural figure voice a simple truth with such obvious implications for the abortion debate.

Recently, I came across the below image on the Proudly Pro-Choice Tumblr, featuring a quote from Harry Potter and the Deathly Hallows, which holds a similar appeal: 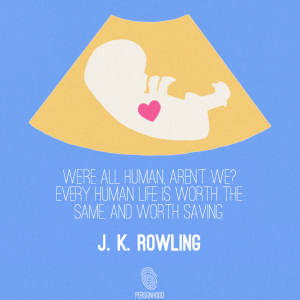 The other side often complains about our use of such quotes, particularly when the meaning we take from them allegedly contradicts the pro-abortion views of their authors. PPC says:

I’m so sick of anti-choicers taking quotes out of context – this is from Harry Potter and the Deathly Hallows, which has nothing to do with abortion. Exactly like Dr. Seuss and his Horton Hears a Who. Stop it! You’re not accomplishing anything!

I also looked into Rowling a little – nothing about her being pro-life but I did find some stuff that points to her being pro-choice. So I have a feeling she probably wouldn’t want her book quotation being used in such a way.

I couldn’t find examples of Rowling directly discussing abortion, but she did declare she wanted a Democrat in the White House and called Barack Obama and Hillary Clinton “extraordinary,” so killing the unborn apparently doesn’t bother her much. As for Seuss,  AKA Theodor Geisel, his biographer Phillip Nel writes:

In fact, during his lifetime Seuss threatened to sue an anti-abortion group unless they took that off their stationery and they did take it off their stationery but it’s still used. I’ve still seen propaganda in recent years from pro-life groups that have adopted Horton’s line, ‘A person’s a person, no matter how small.’ It’s one of the ways in which Seuss has been misappropriated. He would not agree with that.

Former Seuss attorney Karl ZoBell says he cannot confirm the veracity of internet rumors that Geisel’s widow Audrey actively supports Planned Parenthood, but he does claim she was bothered by pro-life fliers distributed with the quote at the 2008 premiere of Horton’s big-screen adaptation: “She doesn’t like people to hijack Dr. Seuss characters or material to front their own points of view.”

Universal human equality, basic compassion for the weak, protection of the helpless, the ugliness of violence, the unfathomable potential of every life…by default, each of these values necessarily includes all human beings, including those in the womb. It’s simply impossible to praise or promote any of these values without tacitly paying lip service to the unborn.

First, to exclude the unborn, you have to consciously go out of your way. “Every human life except x, y, or z is worth the same, and worth saving.” In the case of Horton, not only do you have to add an exception, but you also have to remove “no matter how small” – half of the quote!

Second, there’s no way around the fact that accepting abortion is an affront to all the other values we associate with basic human dignity. If some of us may be killed by another human being for any reason, we cannot be equal. Suctioning and slicing apart a tiny human being can’t be considered “compassionate” per any sane understanding of the term. The “pre-viability” argument for abortion turns the idea of weakness on its head, changing it from sign of needing protection into a license to kill. And the cheap rationalization that “unwanted” or disabled babies wouldn’t have lives worth living anyway is the ultimate in cynicism, a declaration that we’re all ultimately hopeless slaves of circumstance.

Like it or not, these quotes are inherently pro-life, and pro-lifers who use them as such are hardly guilty of twisting anything. If anything, our only crime is assuming their own authors actually meant what they wrote.