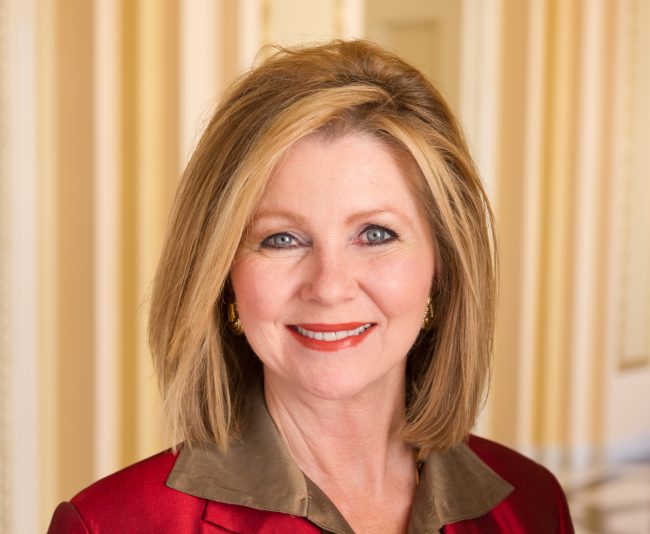 A hero of the people: Representative Marsha Blackburn

The fiscal cliff talks ended the 2012 political season on a rather depressing, bitterly partisan note. But pro-lifers have reason to celebrate: Representative Marsha Blackburn (R-Tenn.) introduced the first bill in the 113th Congress to defund the abortion business and abortion giant Planned Parenthood. LifeNews reported:

Blackburn informed LifeNews today that she has introduced the Title X Abortion Provider Prohibition Act (H.R. 61), which would stop the Department of Health and Human Services (HHS) from providing federal family planning assistance under Title X to abortion businesses until they certify they won’t provide and refer for abortions.

And thank goodness a woman introduced the bill.  Mike Pence, the House of Representatives’ previous champion of pro-life legislation, is about to take office as the governor of Indiana, where he’ll continue his pro-life work at the state level with the help of his pro-life female lieutenant governor, Sue Ellspermann.

In 2012, abortion advocates alleged that pro-lifers and proponents of religious freedom were waging a war on women.  Todd Akin’s and Richard Mourdock’s poorly phrased comments about abortion fueled pro-abortion claims that the pro-life movement is full of angry male sexists. The Planned Parenthood Action Fund ran vicious attack ads against pro-life presidential candidate Mitt Romney, harping that his views were incompatible with “women’s health” – even though they were perfectly compatible with protecting the health of unborn girls and protecting all women from being targeted by the abortion industry.

As Representative Blackburn pioneers the legislative battle against Planned Parenthood in 2013, abortion activists won’t be able to accuse her of waging a war against her own gender, but that doesn’t mean they won’t continue to try to make pro-life women out to be idiots.

The abortion-promoting website Jezebel just released an article titled “101 Facts About Women of the House and Senate,” in which they note that Representative Martha Roby of Alabama “[o]nce served on the board of the embarrassingly-named crisis pregnancy center ‘Sav-a-Life,’” – never mind that crisis pregnancy centers help women – and New Hampshire’s Senator Kelly Ayotte ran a “borderline-zealotous [sic] defense of New Hampshire’s parental notification laws for minors who wish to receive abortions.”

Despite sarcasm and deception from the other side, the bottom line is that the Title X Abortion Provider Prohibition Act offers hope to everyone – including the majority of the public who opposes taxpayer funding of abortion.