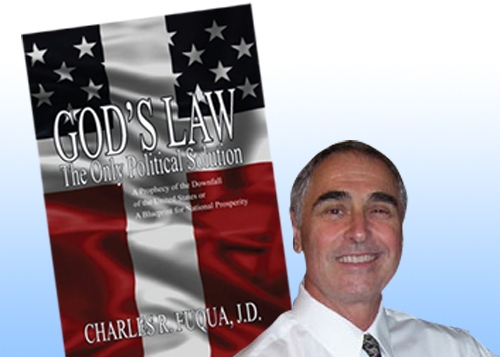 Insane pronouncement, or ideological trap? Could be both. 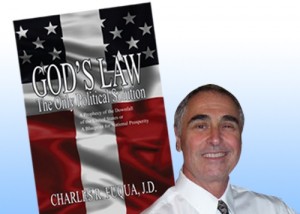 The human mind’s ability to rationalize is staggering. A superficially impressive rationalization can be conjured up for anything someone wants to do. The desire to kill babies in the womb has inspired many such excuses, and abortion culture has been marinating in them for so long that many have become desensitized to the monstrousness of what they’re defending.

Thus, the same people who proudly beat their chests for the “right to choose” can simultaneously recoil in horror at the shocking words of an Arkansas Republican legislative candidate without a hint of self-awareness. Charlie Fuqua wrote a book called God’s Law in which he opens the door to capital punishment for “rebellious children”:

The maintenance of civil order in society rests on the foundation of family discipline. Therefore, a child who disrespects his parents must be permanently removed from society in a way that gives an example to all other children of the importance of respect for parents. The death penalty for rebellious children is not something to be taken lightly. The guidelines for administering the death penalty to rebellious children are given in Deut 21:18-21 […]

In other words, the parents were required to take their children to a court of law and lay out their case before the proper judicial authority, and let the judicial authority determine if the child should be put to death. I know of many cases of rebellious children, however, I cannot think of one case where I believe that a parent had given up on their child to the point that they would have taken their child to a court of law and asked the court to rule that the child be put to death. Even though this procedure would rarely be used, if it were the law of land, it would give parents authority. Children would know that their parents had authority and it would be a tremendous incentive for children to give proper respect to their parents.

Needless to say, this is insane. State Republicans have sharply condemned Fuqua’s book (the rest of the GOP’s reaction has been “Charlie who?”). Smelling blood in the water, liberals have moved in for the kill:

Gawker: “Thank Jesus decent, God-fearing conservatives of Fuqua’s stripe are fighting to keep Sharia law out of this country. Otherwise we might have insane religious fanatics attempting to make laws for the rest of us.”

Daily Kos: “ I just…I have no words. Is there any doubt anymore that a vote for Republicans is a vote for insanity?”

Cenk Uygur: “These lunatics are a legitimate party in the United States of America!”

Any serious theologian would tell both Fuqua and those using his remarks as evidence of the Bible’s evil that they’re missing some pretty important context regarding the meaning of Old Testament laws and their applicability to those other than the Israelites. And I have little patience to waste on opportunistic suggestions that this demonstrates that the average Christian conservative has been secretly yearning to enact laws like this all along.

More interesting is the way several of Fuqua’s critics have noted that the candidate also opposes abortion, which is presented as an added layer of hypocrisy. Which is true…liberal hypocrisy, that is. Executing children is, quite literally, one of their most cherished principles, deviation from which makes one a heartless, sexist lunatic in their eyes.

Moreover, as indefensible as Fuqua’s proposal is, it’s actually less extreme than the abortion lobby’s version. “Rebellious” children have to at least do something wrong first; unborn ones may be aborted for any reason, no matter how selfish or inconsequential. And Fuqua would give kids some form of due process; in the abortion process, nobody represents the baby’s interests (indeed, even requirements to give mothers non-binding information about their babies are met with scorn).

Completely by accident, Charlie Fuqua managed to lay a humdinger of an ideological trap for pro-aborts, and they fell right in.