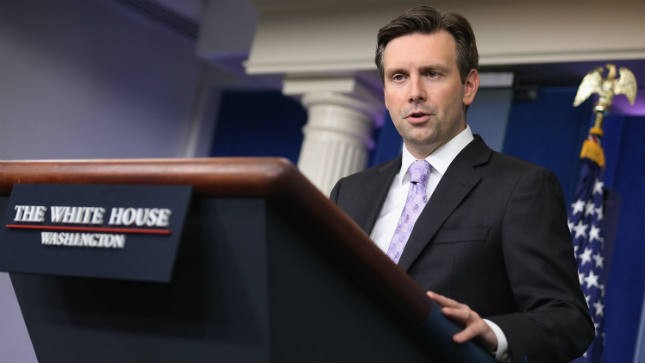 Nothing says ‘reliable’ like a Planned Parenthood, or so says the White House. President Obama’s press secretary Josh Earnest said today that the campaign to defund Planned Parenthood was a “tried and true tactic of extremists on the right to edit video and distort.”

“[B]ased on the essentially fraudulent way in which these videos have been released, there’s not a lot of evidence right now that Planned Parenthood hasn’t lived up to those standards,” he said, when asked about the fourth video released today.

“There’s ample reason to think that this is merely the tried and true tactic that we have seen from some extremists on the right to edit this video and selectively release an edited version of the video that grossly distorts the position of the person who is actually speaking on the video. And Planned Parenthood has indicated that’s what has occurred here.”

But Earnest also made an admission that is becoming more common–he hasn’t actually seen the videos produced by the Center for Medical Progress:

After Breitbart News pressed Earnest whether anyone at the White House had watched the videos, he replied, “I suspect someone has.”

And The Hill reports:

It’s a shameful thing that the White House is filled with Planned Parenthood yes-men, rather than those who actually have the best interest of the United States driving them.

It is irresponsible and negligent leadership to use hearsay to assert something when hours of unedited video show another side of the story. It’s as if the White House has become the Pink House, looking like a Planned Parenthood logo instead of a place of “liberty and justice for all.”

The President and his staff members should not make any more comments on videos they have not watched or evidence they have not reviewed. While Earnest did not say outright that President Obama would veto a bill to defund Planned Parenthood, he implied it. It is unfathomable how someone could consider a veto on something simply because the leader of an agency told him that’s how he should act.

It is time for President Obama to do his own thinking and research on this issue before issuing any decisions or opinions.