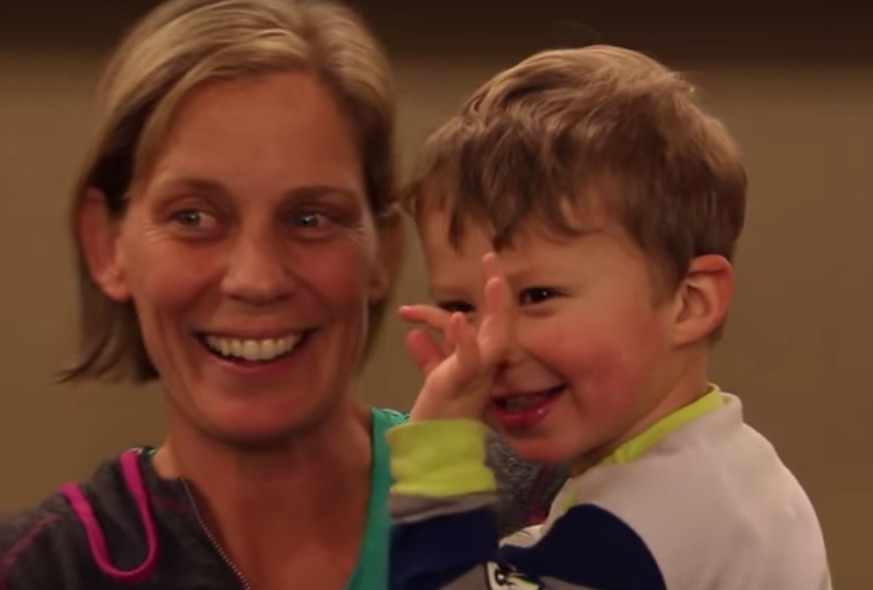 (Pregnancy Help News) — There is no doubt in Laura’s mind that a free ultrasound test at a pregnancy center saved her son, Cash’s, life

When she found out she was pregnant, Laura was a single mom of two girls, having struggled without child support, working two jobs and making ends meet thanks to government assistance for the past eight years.

Still, she had scratched and clawed her way into nursing school in Phoenix, Ariz., and had been looking forward to providing a better life for her daughters.

“When I got pregnant with him, it was really scary—I didn’t know how I was going to do it,” Laura said in a video recorded Jan. 25 at the opening night of Heartbeat International’s Babies Go to Congress event in Washington, D.C.

Laura told Cash’s father she was pregnant, but he not only denied that Cash was his child, he gave her money to get an abortion. That was the last thing Laura wanted to do, but at the time, the fear of raising another baby on her own made abortion feel like her only choice.

That fear was only reinforced when Laura began to fall behind in her classes while she was pregnant. Her professor gave her a failing grade, but the message she sent along with it was infinitely more painful.

“She failed me out by two points and told me my ‘aquatic parasite’ was draining my memory,” Laura said. “Then, I lost my job, I was losing my house and going through all of this. It was really hard.”

So, Laura took Cash’s father’s advice and decided she would go to an Planned Parenthood abortion clinic. Prior to her visit, however, Laura was having dreams where God came to her and reassured her that everything was going to work out for good for her and her three children.

Planned Parenthood took Laura’s $600 and led her to the back room for an abortion. Laura couldn’t stop crying, however, so the clinic offered to abort her baby the following Sunday.

That Sunday, Laura and Cash’s father went back to Planned Parenthood. Just before they went in, Laura began to talk with a pro-life sidewalk counselor who engaged her and helped Laura address her burning question: “What is God trying to tell me?”

The two women left the clinic together and went to Life Choices Women’s Clinic, which is closed Sundays but opened up just to see Laura. During the free ultrasound, Laura and Cash’s father saw what would not only change her mind, but save her son’s life.

“It was the first time we really saw our baby,” Laura said. “Planned Parenthood showed us, basically, a piece of tissue that they were going to remove from my uterus. When I saw my baby, he actually had arms, legs, feet, hands.”

From that moment, Life Choices, which serves women in three locations throughout the Phoenix area, has been a constant champion for Laura.

At one point, her computer had crashed, leaving her without her previous coursework and without a way to move forward with her classes. When Laura told her friends at Life Choices, they invited her to the center and surprised her with a new computer.

“Like they said they would, they’ve always been there for us—always,” Laura said. “I’m the happiest mommy in the whole wide world.”

Joined by her energetic 2-year-old boy, Laura told her story along with six more moms who, like her, had chosen life for their children when abortion seemed to be their only choice. For five of the seven total mothers, a free ultrasound at a community-based pro-life pregnancy center proved to be a crucial moment in their decision for life. Over 61 percent of Heartbeat International’s 1,300 pregnancy help center locations in the U.S. offer free ultrasound services, according to the 2015 Life Trends Report.

The seven moms went to Capitol Hill last Thursday, January 26, and met with members of Congress to tell their stories and show why pregnancy help centers are good for America.