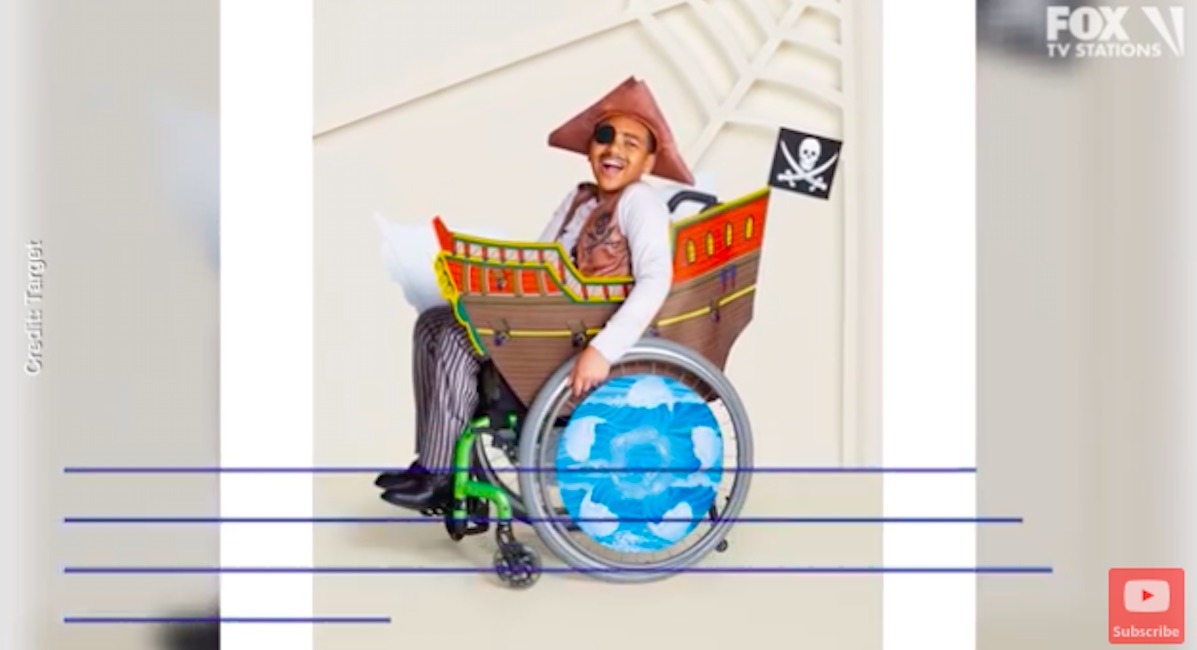 Target has announced that it will begin selling two new Halloween costumes for children who use wheelchairs, adding to its collection of adaptive costumes.

A princess costume features a back opening for easier dressing and comes with a crown as well. There is also the add-on option of a wheelchair cover designed as a carriage to add an extra element of fun.

For pirate fans, Target’s new adaptive pirate costume has specially made pants with a wide opening that allow them to be put on when a child is already wearing shoes. And to complete the look there is a cover that turns the wheelchair into a pirate ship.

These new costumes join Target’s other adaptive costumes including sensory-friendly unicorn and shark costumes. They are made without tags or bunchy seams that may bother children with sensory concerns.

READ: 5 ways churches can be hospitable to families of children with special needs

“We’re now bringing the spirit of inclusivity to our new Hyde and Eek! Boutique kids’ adaptive Halloween costumes, which we hope will bring more ease and joy to our guests’ everyday lives,” Target spokesperson Kristen Mezzenga told The Mighty.

Costumes are only available to preorder for now, but Target says they will be fully stocked on August 22.

For anyone who wants a different look for their child’s costume, there are a variety of DIY ideas across the internet. Etsy also has fun adaptive costumes for sale as well, including storm trooper, police car, and army tank.

Parents may not be thinking of Halloween yet, but kids probably are!