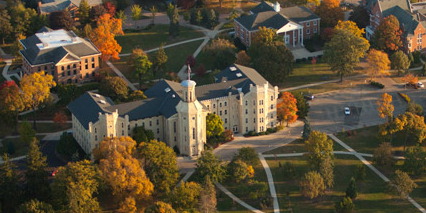 One of the top evangelical Christian colleges in the nation has filed a lawsuit in partnership with Catholic University of America in Washington, D.C. today against Obama’s HHS mandate. The suit came in response to the Supreme Court upholding Obama care in its entirety on June 28. 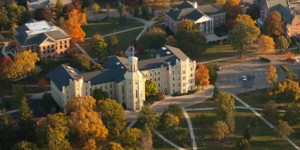 Wheaton College of Wheaton, Illinois said that the mandate released by the Department of HHS is unconstitutional because it “runs roughshod over Wheaton’s religious beliefs.” It is the 24th federal lawsuit against the mandate, which would force religious institutions to pay for contraceptive and abortive drugs against their will. The college became the fourth Protestant college to file a lawsuit, along with Colorado Christian University, Geneva College, and Louisiana College. More than 50 other religious institutions have filed lawsuits.

In a brief statement, Wheaton President Philip Ryken mentioned that the mandate is a “clear and present threat. Our first president, the abolitionist Jonathon Blanchard, believed it was imperative to act in defense of freedom. In bringing this suit, we act in defense of freedom again.” Catholic University President John Garvey also responded and expressed the future challenges with optimism, seemingly. “As the president of the national university of the Catholic Church, I am happy to express solidarity with our evangelical brothers and sisters from Wheaton College as they challenge the HHS mandate.”

Although Wheaton College is identified with evangelical Christianity and does not condemn contraceptives like the Catholic Church, the mandate does include drugs that can result in abortion, which violates the college’s pro-life views. For Catholic University, this is their second lawsuit, having previously filed one in May.

However, this did not leave the other side quiet, unsurprisingly. Spokesman Ed Yohnka of the left-wing and pro-abortion ACLU (American Civil Liberties Union) of Illinois said the lawsuit was simply using religion as an excuse to “discriminate.” “It’s hard to suggest that they are carved out from the rest of society and only serve this religious function.”

The colleges and institutions have until August 2013 to comply after the implementation date was pushed back by one year by the Department of HHS.

At that point, these institutions will have to start paying very hefty fines if they do not comply with the mandate. Numerous religious organizations and Americans across the country were not placated by the so-called provisions or tweaks that the Obama administration made (to the effect that insurers and not institutions had to comply with the mandate). Time will only tell to see how many more lawsuits come forward and what happens on August 1.