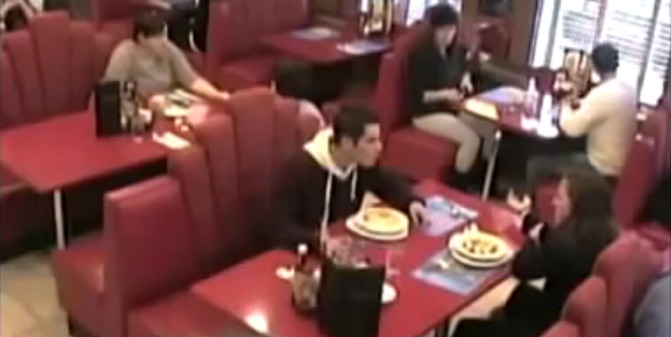 To turn his idea into a reality, actors posed as a teen couple in a restaurant. The girlfriend, 16, told her boyfriend that she was pregnant. Smith wanted to see how restaurant patrons would react when they overheard her revelation, and her boyfriend’s unsavory reaction:

The most notable takeaway may be the fact that the younger the restaurant-goer, the more likely he or she was to sympathize with the teen mom’s desire to choose life for her baby.

One touching moment occurred when the show’s host, John Quiñones, emerged from behind-the-scenes to ask a group of teen girls what their thoughts had been during the couple’s argument. “I wanted to take her home and take care of her,” said one young woman.

Likewise, in a second round of the staged scene among a different set of patrons, a young man at a nearby table approached the girl after her boyfriend stormed out to offer her a ride home, and to tell her she deserved better treatment.

We’ll echo Carole Novielli’s question at LifeNews here: What would you do if you overheard this conversation in a public place? Tell us in the comments.