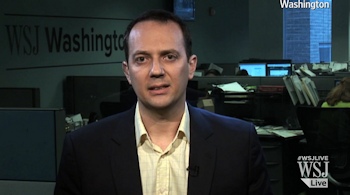 Supporting evidence, but not the primary argument.

Jonathan Last, a journalist who writes for The Weekly Standard, the Wall Street Journal, and the LA Times, among others, has just authored a book entitled, What to Expect When No One’s Expecting: America’s Coming Demographic Disaster. You can read a summary of Last’s arguments in this Wall Street Journal article and/or watch the seven-minute interview with him below: 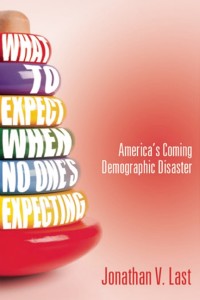 I have yet to read the book, so I’m not endorsing it, nor do I know what all of Last’s conclusions are. That’s not the point of this post.

I’m expecting the pro-life community to begin hailing this book, if nothing else, because Last says in the above interview that America’s declining birth rate dropped significantly in 1973. (Hmm. Does that year have any significance to pro-life people?)

It’s important to understand that there are a lot more factors that have effected our birth rate than just abortion, and Last goes into some of the major ones, including the birth control pill and cohabitation, but also the fact that middle-class wages began a long period of stagnation and more women started going to college around then.

Here’s what I think pro-lifers SHOULD do with this information:

Use this book as helpful evidence of what we’ve been saying for decades. (See OverpopulationIsAMyth.com for further evidence.) It appears from the article that  Jonathan Last communicates these ideas in an easy-to-understand way, and pro-choice people will probably be more likely to consider his facts and arguments than a pro-life website. Use this when the subject of overpopulation comes up, and then quickly get back onto the question of “what is the unborn.” (Overpopulation makes for a good pro-choice argument only if the unborn are not human beings like newborns, because nobody is advocating the use of infanticide to help with overpopulation.)

Here’s what I think pro-lifers SHOULD NOT do with this information:

We shouldn’t make it our primary argument against abortion. Don’t spend a lot of time debating this issue. As Jay Watts from the Life Training Institute says, “there’s a difference between what’s wrong with abortion and why abortion is wrong.”

I have more on this topic in a speech I gave in Chicago last year titled “Nine Faulty Pro-Life Arguments and Tactics.” You can download the speech audio for free.

Abortion is worse than declining birth rates because abortion kills living human beings, while a declining birth rate makes the quality of life more difficult for those of us who survived those dangerous nine months in their lives when it was legal to kill them.