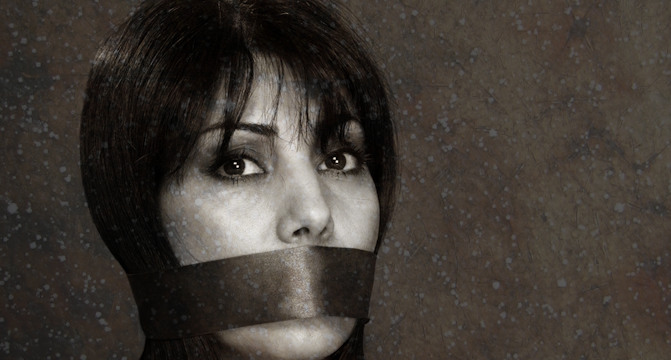 So let’s talk about free speech rights. Under the First Amendment of our Constitution, our freedom of speech rights as United States citizens are guaranteed: “Congress shall make no law…abridging the freedom of speech, or of the press.” On Constitution Day last week, as I’m sure many of you know, there was a free speech board set up outside Centennial, one of the academic buildings on my college campus.

As a United States citizen celebrating my free speech rights, I wrote a pro-life message about how I believe Planned Parenthood should be defunded. The next day, as I walked by the board, I saw that my post had been crossed out. So much for a free speech board.

Then, this Thursday, Students for Life, of which I’m a member, chalked pro-life messages around the campus mall and hung up dozens of flyers that had several different “defund Planned Parenthood” messages in Davies and Centennial. We hung these flyers up in areas designated specifically for organizations.

The next day, as I was walking through first floor Davies, I noticed that every single flyer on that level, of which there were about thirty, had been taken down. To top it off, somebody had written rude messages directly underneath our chalking, and had attempted to smear out our messages. So much for a designated free speech area.

Now let’s talk about tolerance. There seems to be a lot of confusion going around as to what tolerance actually is. First, let me tell you what it’s not. Tolerance isn’t agreeing with everyone or everything. In fact, that’s one of the farthest things from the actual definition of tolerance. To practice tolerance, you first have to disagree with somebody or something. Tolerance is disagreeing with somebody or something and then putting up with them or it anyway. As Chris Stefanick, a Catholic speaker, has said, “You don’t tolerate a beautiful, sunny day. You tolerate the rain.”

I’m not writing this article to persuade anybody to be pro-life. I’m not asking you to agree with me. I guess I’m not even asking you to respect my views. All I’m asking is for you is to tolerate my free speech rights.