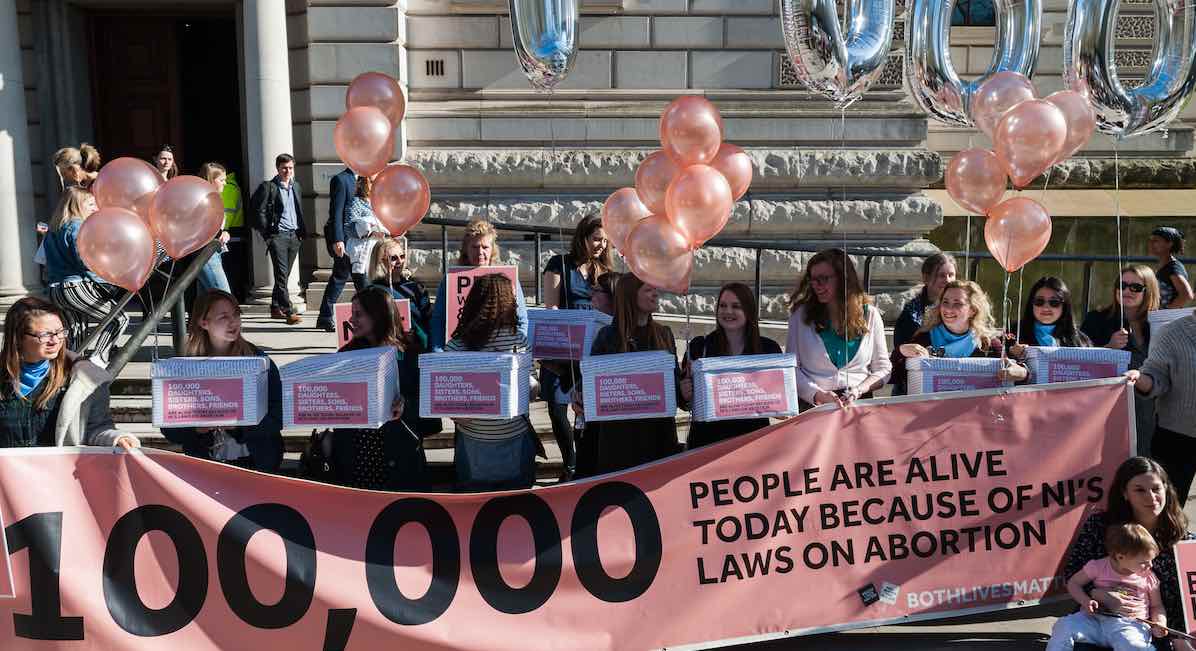 Northern Ireland’s Secretary of State published Westminster’s abortion guidelines for the country which will have abortion forcibly legalized by October 22nd, unless the devolved Northern Irish government re-convenes before then.

The guidelines are a first step towards a broader legal abortion framework and are an interim measure, officially stating that no woman or doctor can be prosecuted for seeking or performing an abortion. The document will go into effect later this month, unless Northern Ireland’s currently-absent government can reconcile the falling-out from 2017 and meet at Stormont before the October 21 deadline. Since Northern Ireland is still not subject to the UK’s Abortion Act of 1967, Westminster has demanded a more thorough abortion law be passed no later than March 31, 2020.

Additionally, if a provider in Northern Ireland wants to offer an abortion up until 28 weeks, they are urged to do so, though the document states the number expected would be “small” and largely for “fatal or serious fetal anomaly.” But since the guidelines are few and not specific, this leaves women vulnerable as it has no guidance on, for example, clinic safety.

Notably absent from the guidelines are strong or specific directives for doctors, nurses, midwives, or other medical professionals who want nothing to do with abortion. In fact, the guidelines limit “conscientious objection” only to the direct performing of or assisting with an abortion, and not to any other aspects of the procedure. The director of the Royal College of Midwives for Northern Ireland seemed to indicate this to the Irish News, saying, “Those midwives with an objection to participating in abortions are due and deserve the same right to conscientiously object as their colleagues throughout the UK,” she said.

The pro-life reaction has been vocal, not only because of the affront to the unborn, but also because of the potential risks to doctors, and to women without clear safety guidelines or conscience protections. “From that date [October 22nd], children in the womb will have no statutory protection from abortion before they are capable of being born alive,” said Liam Gibson of the Society for the Protection of Unborn Children. “There will there be no investigation of the use of illegal abortion drugs purchased online. Nor will there be criminal sanctions to protect women against unscrupulous abortion doctors. The guidance offers scant reassurance to nurses and midwives with a conscientious objection that they will be able to avoid all complicity in abortion and still advance in their profession.”

He concluded, “When the proposed public consultation is launched the pro-life people of Northern Ireland must object in the strongest possible terms about what is being imposed on them.”

“The reality is these guidelines spell out death for future unborn children and no protection for the doctors with a conscientious objection,” said Bernadette Smyth, director of Precious Life. “A gagging order has been placed within these guidelines.”

She added, “What we should be saying now is that every single member of the Northern Ireland Assembly must read these guidelines, because this is the reality of what will be introduced into Northern Ireland if the Stormont government is not reconvened by October 21.”