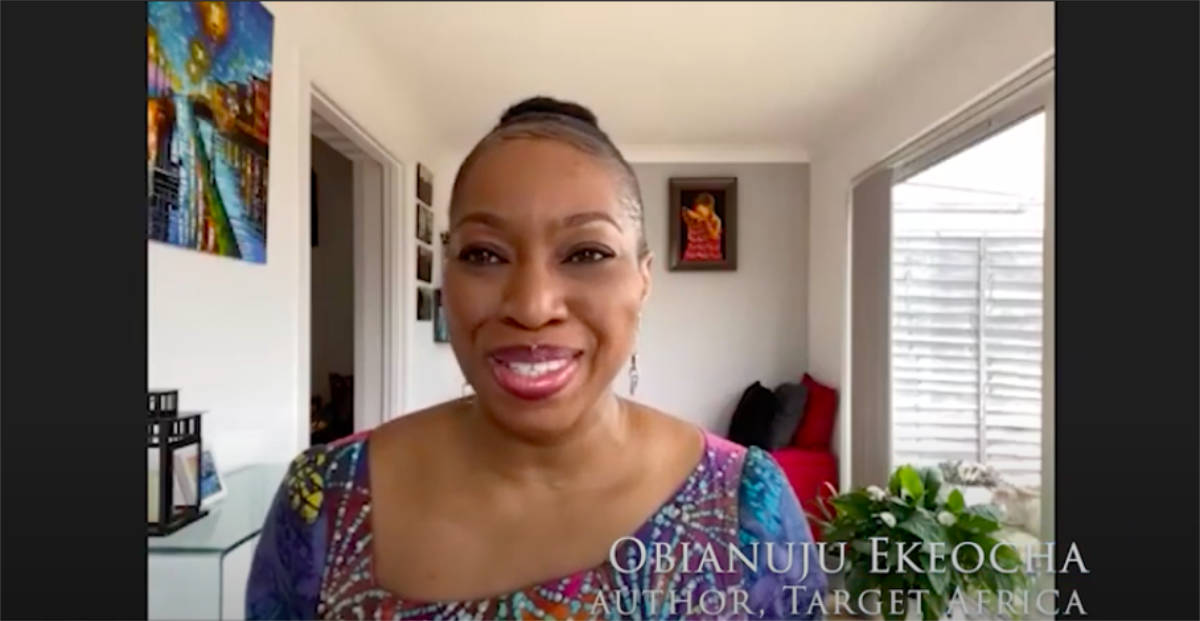 During a recent webcast hosted by Natural Womanhood, African pro-life activist Obianuju Ekeocha, founder of Culture of Life Africa, explored the ways that population control is foisted on developing African nations by western “benefactors,” and how these programs often fly in the face of Africans’ own long-standing values and beliefs. Meanwhile, what Africans need — increased access to education, clean water, electricity, and more — is often given with significant strings attached.

African countries are frequently coerced into promoting contraception, abortion, and sterilization as a pre-condition for receiving aid money to build more schools, dig wells for clean water, and more. Ekeocha noted that these supposedly humanitarian programs are having disastrous impacts on an already vulnerable population, creating new problems without solving old ones.

Ekeocha first addressed the ways that Western nations have consistently targeted African nations for “reproductive health” programs, which she refers to as ideological colonization.

“What we see on the ground is Western organizations bringing in millions of dollars’ worth of contraceptives,” she explained. “They are taking it to the most rural parts of Africa in some cases, and they are giving women these contraceptive drugs and devices without really informing them of the real dangers that are attached… We are finding women who are then going ahead to have really horrible side effects.”

While many women are able to use various contraceptives without any issues, there is still a risk of various side effects, including blood clots, weight gain, loss of libido, and more.

Mobile clinics can be used for great good, bringing medicines and more to people in rural areas — and yet they cause great harm when it comes to contraceptive distribution, because after the drugs or devices are implanted, administered, or distributed, the aid workers simply “disappear.”

Ekeocha described how a woman sought removal for her IUD after she suffered serious side effects. When the woman requested that the IUD — which had been placed for free — be removed, she was told that she’d have to pay the equivalent of a week’s worth of food for her entire family to do so. Ekeocha summarized, “We’re finding real, difficult things happening as a direct result of Western-provided contraceptive drugs and devices.”

READ: New documentary exposes how the abortion industry is exploiting COVID-19 in Africa

Devastatingly, she noted, minor girls are targeted as well as adult women. She shared a disturbing story of high school girls in Kenya, who returned home from school with “implants in their arms, and parents didn’t know what was going on.” The implants were later linked to a Western aid organization.

Devastatingly, things African communities need are being denied. Instead, Western organizations “are earmarking… money that will go into contraception, even when those societies and communities are saying that ‘we need more education and more water and more development in our communities,” according to Ekeocha.

Western nations consistently go to the United Nations to create resolutions to meet a real African need such as providing food, but the food is inextricably tied to acceptance of contraception. Simply put, a ‘no’ to the contraceptive program means no money for a food program, assistance in building hospitals, and other aid that will improve African communities.

Ekeocha said that many African communities have similar values. “The way a lot of these African customs and cultures and traditions regard marriage is such that they feel marriage is sacred…. [T]here’s such a high purpose and regard that is attached to human sexuality,’ she explained. “And in the same way, they then respect motherhood, because obviously, a baby that is born is expected and loved and cherished and seen as a sign of hope. So there is this real joy that exists in community for the birth of children.”

For many Africans, children are not burdens to be avoided, even for those living in poverty. “That means that this society and this community is going to go on,” Ekeocha said, explaining that “these things are really woven into many of the African cultures.” Rather than pushing an anti-child agenda onto Africa, Ekeocha said western aid organizations should work harder to understand their culture, which embraces life.