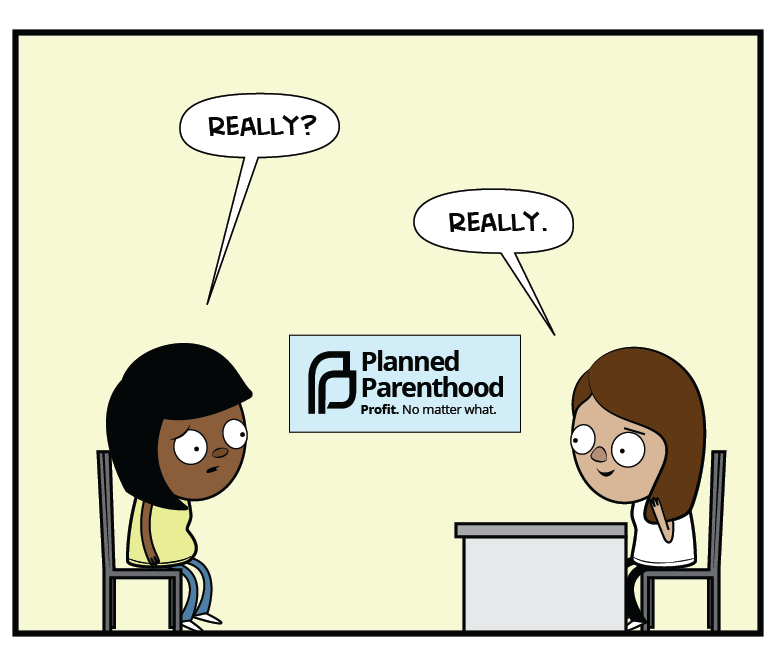 Adam Ford is my new favorite cartoonist. This Christian husband and father to three young boys runs a website called Adam4d, which has the tagline, “A curiously Christian webcomic.” The bulk of Adam’s work is focused on using satire to explain and bring clarity to the Christian scriptures. In addition to that, Adam uses his gift in art and communication to address the issue of abortion. His website has 23 original comics that expose the evil of abortion. Some topics of the comics include: Former abortionist Kermit Gosnell’s trial,  Planned Parenthood’s body part’s scandal,  common pro-abortion logic, and the silence of Christians on this issue.

One comic I love to share is, “Does slavery ever bother you?” In this comic, two women are having a discussion during the days of slavery. One woman is challenging the other on whether or not she believes black people are persons worthy of value. At the end of the comic the scene changes and it’s two women standing together and one asks, ‘Does abortion ever bother you?’ See the full comic at Adam’s website. Although comics are usually known for being funny, Adam’s comics about abortion are challenging. In the piece, “A clump of sells,” Ford cleverly exposes Planned Parenthood’s practice of profiting from the destruction of human life by manipulating vulnerable women. “Freedom and rights for all women” is a brilliant comic because it exposes the hypocrisy of those who claim to fight for the rights of all women while simultaneously denying rights to the most vulnerable women among us.  It might take me a paragraph or a few minutes to explain that reality, but Ford makes it clear in one pointed comic. In “55.8 million in perspective,” Ford writes, “Since 1973, the year of the Roe v. Wade decision, approximately 55.8 million unborn babies have been killed in the United States. This is equivalent to the number of people currently living in America’s 75 most-populous cities.” After that quote is a long list of cities like Phoenix, New York City, Los Angeles, Memphis, Boston, Seattle and more. Regardless of your stance on abortion, reading that list is sobering. The image makes it clear that legalized abortion on demand has led to a holocaust like no other.

In “A correlation that truly bakes my noodle,” Ford voices the frustration many pro-lifers feel when people express their anger at animals being mistreated but don’t show that same compassion to humans. After our nation’s last explosion of anger over a certain gorilla, this comic is fitting. 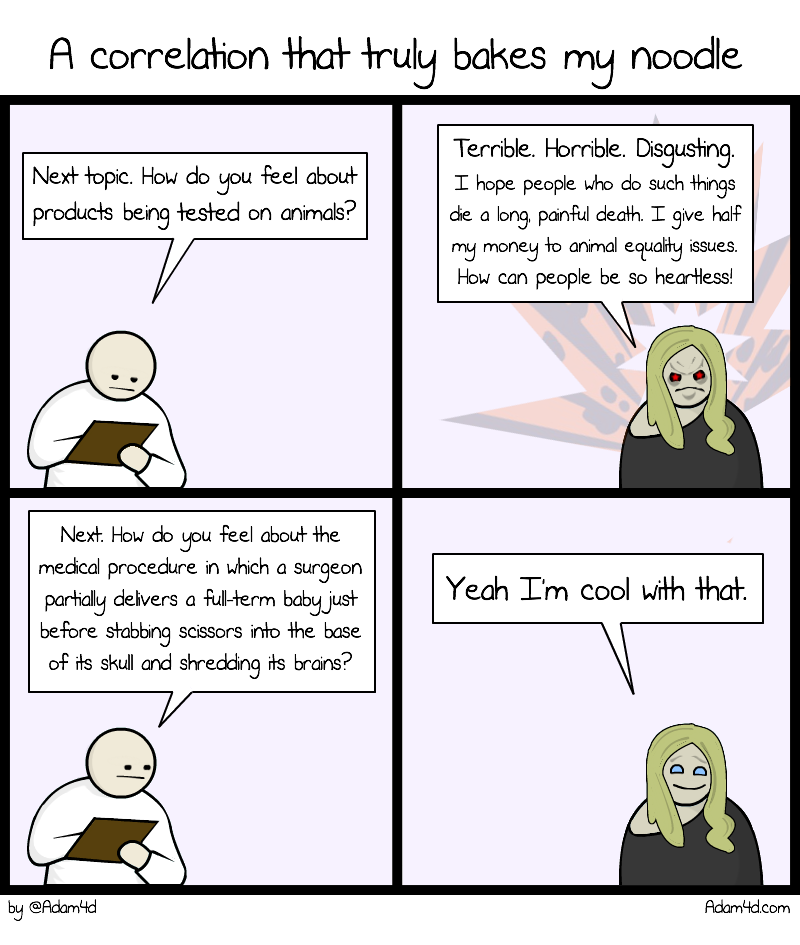 I love Adam’s work because it provides a moment of comic relief in a world of chaos. When I laugh at his images it reminds me that there are other people who see the absolute absurdity of abortion. His art makes me feel like I’m not alone in my quest for justice for the preborn. I love to share his work on my Facebook page because it’s an easy way to share truth in an appealing fashion. People are intrigued by art and satire can speak to those who may be defensive towards the pro-life message. Humor is a powerful tool that unites people and allows them to connect with a message.

Adam Ford left his job in 2014 to create content full time. I’m grateful for his commitment to providing quality work that changes hearts and challenges mindsets. Check out his website for ways to support him, like his Facebook page, and share his work through your social media sites.