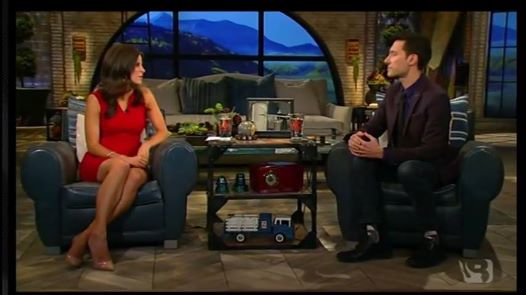 Since 2015, David Daleiden and the Center for Medical Progress (CMP) have upended the global conversation about abortion. They’ve brought the public face-to-face with the abortion industry in unprecedented fashion. For an industry so desperately reliant on multiple degrees of separation between what it does and what the public sees, Daleiden’s undercover investigations represent the most panic-inducing crisis the abortion industry has ever faced.

Desperate to escape the media limelight and public scrutiny brought by Daleiden’s damning investigations, the abortion industry settled on a Wizard Of Oz-esque PR strategy of diversion and obfuscation. Suing and fining Daleiden and his colleague Sandra Merritt on multiple occasions, Planned Parenthood and its allies — both business and political — ordered the public to keep their attention on the pro-life journalists and off of the abortion industry’s egregious behavior. Meanwhile, concerned Americans have spent over two years demanding answers for the obscene, taxpayer-subsidized behavior of the abortion industry as exposed by the CMP.

The latest attack on Daleiden comes on the heels of a First Amendment battle over some of the CMP’s most damning videos, capturing the abortion industry’s highest executives insinuating live-birth abortions, admitting to committing illegal partial-birth abortions, and openly discussing the “revenue” benefits of trafficking human body parts. All of these are crimes, raising the question of why the State of California has failed to investigate the entities exposed in Daleiden’s footage.

Instead, at the behest of Planned Parenthood and its cohorts, Judge William Orrick of San Francisco and California Attorney General Xavier Becerra have gone after the CMP, now threatening to imprison Daleiden for exercising his First Amendment right to tell the truth.

Tomorrow, October 5, the pro-life movement will unite behind David Daleiden, Sandra Merritt, and the Center for Medical Progress, participating in a nationwide pro-life webcast at 9 p.m. EST. Fittingly entitled, The Abortion Empire Strikes Back, the webcast will be hosted by David Bereit, is organized by the Susan B. Anthony List, and is supported by numerous pro-life organizations. Live Action is a co-sponsor of the webcast, and its president Lila Rose will join participants. This is an opportunity to tell the courageous Center for Medical Progress team that Americans stand with them on the side of truth and justice.

It is because of the Center for Medical Progress that we no longer simply hear reports of what abortionists said and did or see photos of some egregious act of brutality committed within the tightly-controlled confines of an abortion clinic. The CMP’s independently-verified video footage is the pro-life movement’s new, irrefutable standard of evidence. Thanks to this, we can now say with certainty exactly how abortionists calculate and manipulate their practices to yield the one result they have dedicated their lives to: profit.

Far from vindicating the abortion industry and proving that groups like Planned Parenthood really do practice the care for women on which they base one hundred percent of their deceptive marketing, the Center for Medical Progress revealed that what really goes on inside the abortion industry is more sinister and more devastating than anyone ever imagined.

You can make a difference. Join the national pro-life webcast tomorrow and get equipped to stand with David against the abortion Goliath. Learn more here.