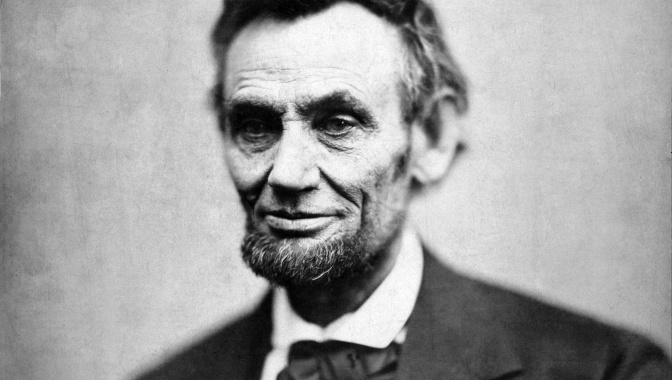 Pro-lifers anticipate the day when we ask the same questions about abortion that we currently ask about slavery. We study slavery with such disdain and awe. How could society rationalize such an institution? How is it possible to so deeply distort one’s moral compass? How could people even vote for politicians who supported slavery?

Abraham Lincoln probably asked the same questions. His soar to the White House was unexpected but his anti-slavery views were not. It was October of 1854 when he criticized the Kansas-Nebraska Act along with slavery’s expansion. On June 16, 1858, he delivered his “house divided” speech, a speech that even his friends considered too radical. Finally, his election in 1860  triggered the secession of several southern states.

He understood that the Thirteenth Amendment was a radical proposition that  jeopardized his chances at re-election. He supported the bill nonetheless.  Family, friends, allies, and rivals implored him to abandon any hope of passing it. Instead, he rose to the occasion and became a key instrument in the amendment’s passage.

Throughout his career, many derided him as a tyrant. We know the truth. He is arguably the greatest president ever, the manifestation of a true public servant. He is a man to be esteemed.

Millions of lives hung in the balance with slavery, as they do now with abortion. Just as slavery concealed itself under the guise of states’ rights, abortion camouflages itself as  “women’s health.” Like slavery, abortion is a wickedness supposedly guaranteed by our Constitution.

We need another Lincoln.

My heart yearns for a president with the interpersonal skill, endurance, and courage to cripple – if not crush – this great evil. He or she must be willing to do this irrespective of the cost. Is there a candidate capable of carrying the torch? Only time can reveal that answer.

I only hope that the next president etches Lincoln’s words onto his/her heart: “In their enlightened belief, nothing stamped with the Divine image and likeness was sent into the world to be trodden on, and degraded, and imbruted by its fellows.”