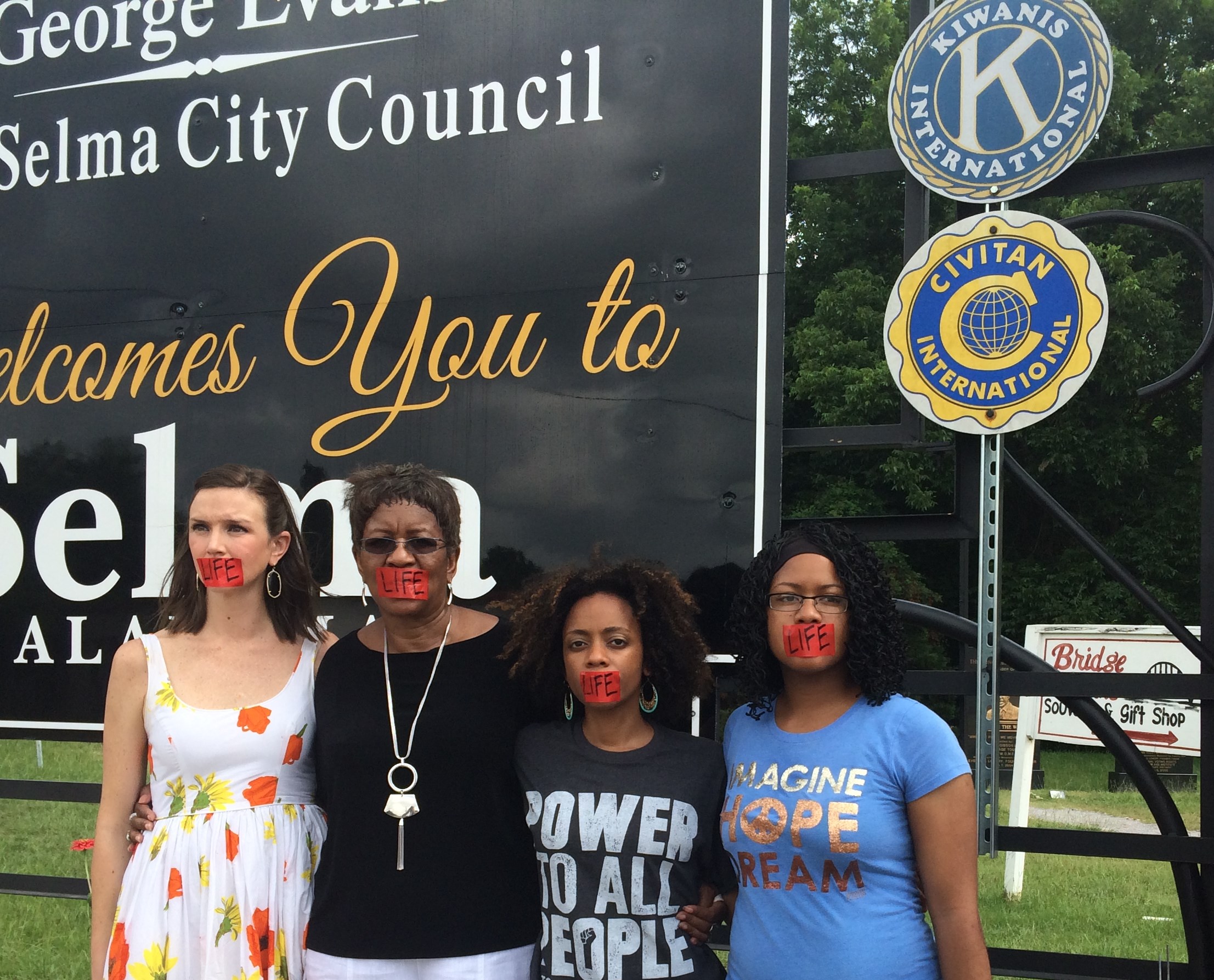 I have the great privilege of knowing Catherine Davis, President of the Restoration Foundation and founding member of the National Black Pro-Life Coalition, as a mentor and friend. This past June, Catherine called to tell me about a project she had on her heart. She was deeply concerned over the fact that an abortion facility in Selma, Alabama, was operating illegally. In the bus headed to march over the Pettus Bridge in Selma, AL.

Catherine had been working with Fr. Terry Gensemer, Director of CEC for Life and leaders from Operation Rescue and the Life Legal Defense Foundation calling for the investigation of the Central Alabama Women’s Clinic in Selma. Section 420-5-1-.01 (e) of Alabama regulations states that medical facilities that do more than nine abortions per month must be licensed as an abortion facility.

Catherine came up with an idea called “The Selma Project.’  She gathered together pro-life leaders Alveda King, Charmaine Yoest, Star Parker, Dean Nelson, Will Ford, Dr. Freda Bush and others to join with her and travel to Selma, Alabama. Her vision was to march over the famous Edmund Pettus Bridge while praying for the closing of the illegal facility run by abortionist Samuel G. Lett. In addition she wanted to bring a specific focus to the way the abortion industry targets and betrays black women. News broke today that the march in Selma and all of our prayers had the impact we desire. The illegal abortion facility in Selma has shut down.

Catherine Davis stated, “The women of Selma and Alabama have won a victory with the closing of the illegal abortion operation of Samuel Lett. We do not know how many women lost their fertility, or even lives, at his hands. We are rejoicing, however, that our actions have resulted in the closure of this center.”

Troy Newman, President of Operation Rescue rightly said,
“It took teamwork to drive abortions out of Selma. This was a fine example of what can be accomplished with the spirit of unity and cooperation. We will continue to work together and push for complete assurance from the state that illegal abortion is dealt with in Alabama.”

While we celebrate this great victory words from Allison Aranda of Life Legal Defense Foundation remind us that the fight is not over. She said, “Lett’s illegal operation may have come to an end, however, state officials still must hold him accountable for his numerous violations. Quietly ceasing to perform abortions does not dismiss Lett’s illegal conduct, nor should it.” We can not afford to stop fighting for justice in our nation. When I think back to being in Selma I remember sobbing when I first saw the Pettus Bridge. The civil rights activists beaten on ‘Bloody Sunday’ paid a great price for this generations freedom. They are an example to us all.

The right to life is the greatest civil right a person can have. Without the right to life no other right is even possible. I thank God for hearing our prayers and shutting down this abortion facility. I continue to pray for the day abortion will end and preborn children will be valued and protected.