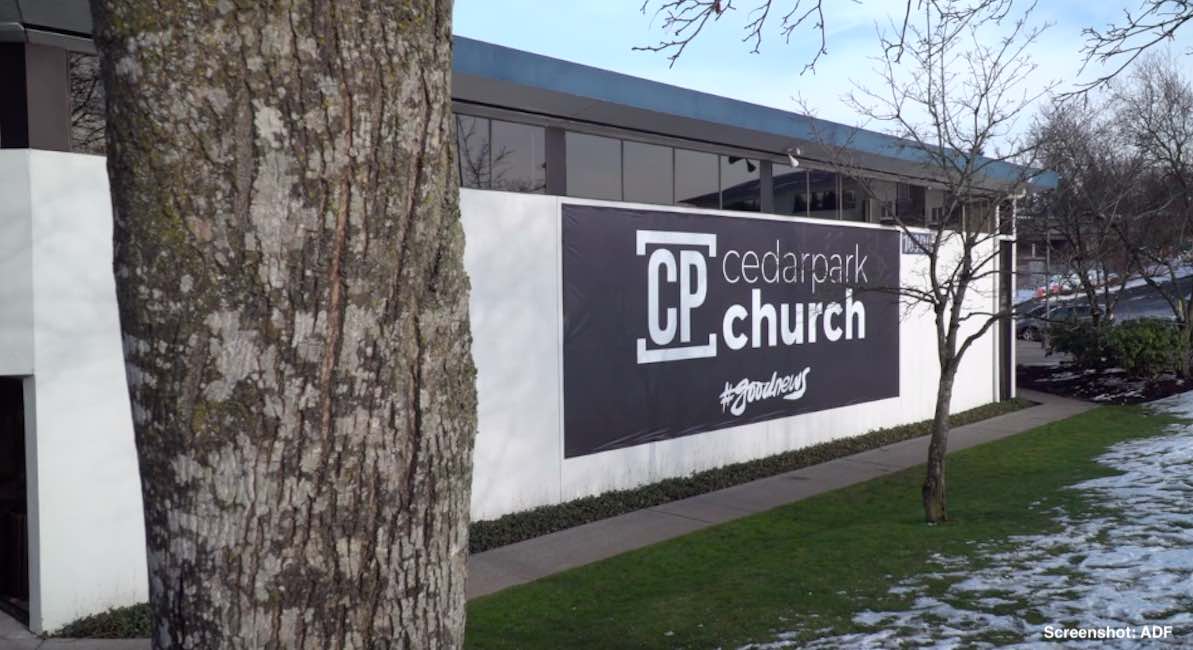 (Alliance Defending Freedom) A Seattle-area church filed its opening brief Wednesday with the U.S. Court of Appeals for the 9th Circuit, asking for reversal of a lower court decision that dismissed the church’s lawsuit against the state of Washing­ton. The lawsuit challenges a state law forcing churches to cover elective abortions in their health insurance plans.

Alliance Defending Freedom attorneys represent Cedar Park Assembly of God, challenging the constitutionality of the state’s mandate requiring the church to cover abortion if it provides its staff members maternity coverage in their group health insurance. As a result of the state’s mandate, the church’s insurance carrier inserted surgical abortion coverage directly into the church’s health plan. The insurer indicated that it would remove the offensive coverage if a court were to hold that the state law is unconstitutional.

“No church should be forced to cover abortions, and certainly not a church that dedicates its ministry to protecting and celebrating life like Cedar Park does,” said ADF Legal Counsel Elissa Graves. “Cedar Park believes and teaches that every human life begins at conception and is worthy of protection until natural death, so providing insurance coverage for abortions is clearly not something the church can or should be forced to do. And Cedar Park doesn’t simply believe in the importance of human life, it puts those beliefs into practice by partnering with a local pregnancy care center, hosting an annual camp for foster care children, and ministering to hundreds of couples struggling with infertility. The state has no legitimate legal basis to force this church—or any other—into contradicting its foundational belief that human life is sacred.”

The lawsuit, Cedar Park Assembly of God of Kirkland v. Kreidler, challenges the constitutionality of Washington State Senate Bill 6219, legislation signed into law in March 2018. The legislation requires Cedar Park to provide coverage for abortion if the church also offers maternity care coverage to its employees, or face fines and criminal penalties, including imprisonment.

As the church’s 9th Circuit brief explains, SB 6219 “contains no religious exception despite many religious organizations’ belief in the sanctity of human life and strong opposition to abortion. When churches protested, the bill’s sponsor suggested they sue if they did not wish to comply. This extreme abortion-coverage mandate had its desired effect: insurance providers began inserting abortion coverage into ministries’ health plans in direct violation of their religious teachings…. State officials thus deliberately targeted houses of worship for mandatory abortion coverage and, in so doing, intentionally violated their religious beliefs about the sanctity of human life.”

“Washington state is bullying churches and other religious nonprofits through the force of law, compelling them to violate their beliefs by covering abortions in their health plans. That’s why we have asked the 9th Circuit to take a look at this case,” said ADF Vice President of Appellate Advocacy and Senior Counsel John Bursch. “The 9th Circuit recently said that a district court was wrong to dismiss a similar ADF case in California, and the 9th Circuit should allow this case to proceed for the same reasons. Furthermore, the Supreme Court has consistently held that government hostility toward people of faith is unconstitutional and has no place in our society. And Washington state’s policy is indeed hostile: It crushes dissent and violates the First Amendment’s Free Exercise Clause by targeting the church’s legitimate internal policies and religious beliefs.”

Alliance Defending Freedom is an alliance-building, non-profit legal organization that advocates for the right of people to freely live out their faith.

Editor’s Note: This article was published at Alliance Defending Freedom and is reprinted here with permission.