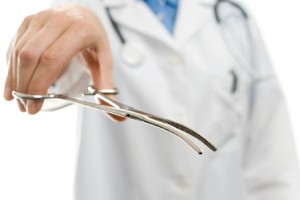 When you cover abortion-related news and opinion for a living, you’re routinely exposed to some pretty twisted reasoning. Some of the worst naturally comes from abortionists, particularly late-term abortionists. On Monday, the Washington Post’s Sarah Kliff interviewed Dr. Willie Parker, a Washington obstetrician who “stands to be directly affected” by the late-term abortion ban Congress is currently considering for the District of Columbia:

The reality is that a small percentage of overall women who have abortions have them beyond 13 weeks. It’s about 1 percent. Those cases do happen in D.C. like they happen everywhere else. There are unplanned pregnancies, people who are in poverty who might delay their diagnosis and might end up in this group of people. Those are the women who could be affected.

The reality is that unplanned, unwanted or wanted but flawed pregnancies can occur to all women of any race, class or economic status. The women who tend to disproportionately find themselves [having a later-term abortion] tend to be at the extremes of reproductive age, maybe women over 40 who are more likely to have genetic anomalies. There are also women in poverty, with limited access to medical resources or education.

Presumably, a doctor knows enough about human reproduction to know that pregnancies don’t just “occur to” unsuspecting victims. How many poverty-stricken women’s educations are really that deficient?

SK: What do you make of this wave of late-term restrictions, and what do they mean for women?

WP: It’s a gambit around public opinion. Because of the later stage of development, these are people who are banking on blurring lines around viability. I think it’s a very calculated strategy that fails to take into account the complexity of these cases. I think it’s also unfortunate because it vilifies the women who might need an abortion the most.

Blurring? Pro-lifers are trying to do just the opposite: give the public a clearer understanding of when babies can feel pain and survive outside the womb. It’s abortionists who depend on blurring lines and obscuring complexity, as we’ll see below. And it can’t be repeated enough that it’s not “vilifying” women to tell the truth about abortion. Indeed, our hearts break for women who are deceived by the very medical professionals whose counsel they’re supposed to be able to trust.

These laws put providers in a position where they have to turn away patients who have great need. I also think they ­create this impression that abortion providers are callous and allow people to conflate murder and abortion. People feel morally justified to say “this is wrong” because they’re led to think it’s close to murder. I think that jeopardizes us, by conflating abortion with an issue that would cause moral outrage.

Hmm…now where would people get the idea that abortion providers are callous? Maybe it has something to do with the way they kill babies for a living while pretending that describing their work as such is a mere “conflation”?

Remember that, aside from being biologically literate enough to know that the unborn are alive from the very beginning of pregnancy, a late-term abortionist in particular is presumably aware that the baby he kills is developed enough to have recognizable features; a heartbeat; a fully formed brain; the ability to feel pain; the ability to recognize sounds, including his or her mother’s voice; and in some cases the ability to survive outside the womb. In other words, these babies have everything that Planned Parenthood tells girls their babies don’t have – a lack which allegedly justifies their destruction.

Despite a throwaway reference to having thought about “the moral complexities” of abortion earlier in his career, it’s clear that Dr. Parker couldn’t care less about his unborn patients. He gives all weight to the mother’s claims but none whatsoever to the child’s. And Kliff doesn’t even try to question him about it. The whole interview is one softball after another, framing Parker as some kindly servant of women’s health heroically risking his life for the cause.

Just imagine how illuminating the Post’s piece could have been if he were confronted on the humanity of Parker’s victims, the dangerous medical advice and lawbreaking advocacy peddled by some of his colleagues, or how much dough he makes for his “service.” Too bad that would require America’s major newspapers to be staffed with journalists, not partisans.