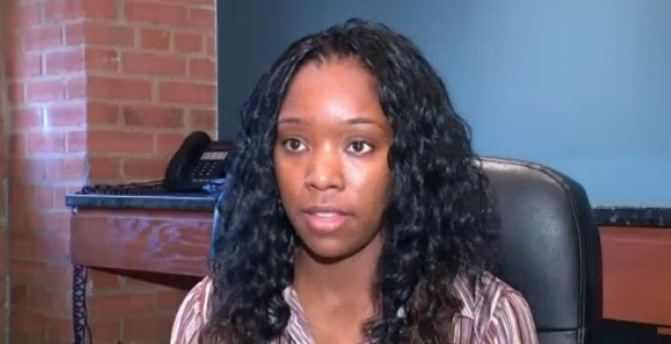 A lawsuit filed in Dallas last week alleges that the popular Southern restaurant Waffle House fired a manager-in-training because she was pregnant with her fourth child.

The suit alleges that when Tabitha Handy told her supervisor late last year that she was pregnant, the supervisor said, “You’re pregnant again? Don’t you already have three kids?”

Handy alleges that the supervisor—also female— said that “management believed she would ‘move too slow’ and would not be able to handle the job.”

Handy insisted her pregnancy would not interfere with her job, and said she had a positive record and performance reviews at work until she told Whiting she was pregnant. Handy’s lawsuit notes: “Ms. Whiting began to make up untruths about Plaintiff’s performance in order to justify her termination.”

The lawsuit adds that Whiting fired her, and allegedly said:  “We don’t need you here at Waffle House anymore.” In addition, Whiting was reported to have told Handy: “If you need a reference for a job, you can give them my number. I have worked with you for five weeks and I know you are dependable and reliable.”

“The reason(s) was given by Defendants for termination or pretext, as Plaintiff was terminated because of her pregnancy,” the lawsuit states.

“The Pregnancy Discrimination Act (PDA) forbids discrimination based on pregnancy when it comes to any aspect of employment, including hiring, firing, pay, job assignments, promotions, layoff, training, fringe benefits, such as leave and health insurance, and any other term or condition of employment.”

Handy is asking for a jury trial, as well as lost wages and benefits, “all compensatory and exemplary damages for the maximum amount allowed by law, including mental anguish and loss of enjoyment of life,” and other damages, court costs and attorney fees.

Unfortunately, the idea that a person should not have more children, or that being pregnant is a weakness or disability is one that is all too common. Regardless of the outcome of Handy’s suit, it sheds more light on the issue of pregnancy discrimination.

When pregnancy is regarded as a problem, the value of life is reduced. Such attitudes perpetuate the culture that says babies are an inconvenience. It is this attitude on which abortion advocates capitalize, implying that a woman should only have a baby when she feels like it and the time is right for her. The attitude is a faulty one because it encourages women to control life and death by choosing to kill.

Handy and other women who welcome babies should be honored and regarded. A court will decide if if Handy’s supervisor discriminated against Handy’s pregnancy, but this suit is a stark reminder to both the public and to employers that pregnancy is not a disability or a weakness.

NBC5 in Dallas reported on this story and interviewed Handy about her suit.