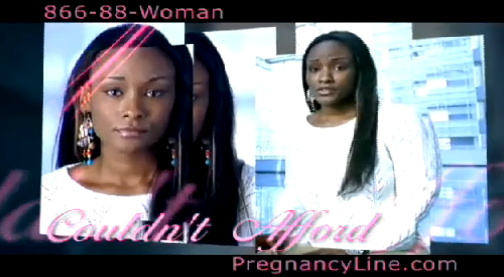 A much-needed media campaign to let Pennsylvania women know that there are alternatives to abortion.

A pro-life group in Pittsburgh is teaming up with national pro-life media specialists Heroic Media, according to a Thursday press release on Christian Newswire. The campaign is aimed to show African-American woman facing unplanned pregnancies that there are alternatives to abortion. According to the press release, one life has already been saved after a local woman contacted the online help page, visited the local pregnancy center, and began receiving help. You can read more about Vision for Life – Pittsburgh here and more about Heroic Media here.

The need for this advertising campaign is great. The television ads will air on BET and MTV over 250 times in the Pittsburgh area during June, July, and August. In addition, bus shelters and bus interiors will carry the advertisements through the end of September. While African-Americans represent only about 11 percent of the population of Pennsylvania, 42 percent of Pennsylvania abortions are performed on African-American women. One of the ads, titled “Ultimatum,” introduces viewers to a young black woman who says there are people ready to help. The ad provides the contact information for Pittsburgh’s Women’s Choice Network. The Network offers free services, including ultrasounds. Women can receive support throughout their pregnancy from the center.

Vision for Life – Pittsburgh is not new to this type of campaign. In 2011, the Christian 501(c)3 nonprofit ran a life-saving TV ad campaign. Thirteen hundred contacts to a pro-life support call center were generated from the ad. Chris Humphrey, the executive director for the group, says that “many women have said that they regret the abortion they had, oftentimes under pressure; I don’t know any women who say they regret having their baby.”

Heroic Media is an international, faith-based nonprofit organization. The group aims to use media to connect women facing unplanned pregnancies with life-affirming resources. In 2011 alone, television, internet, and outdoor ads from the group generated 146,000 responses. Marissa Gabrysch, director of marketing, research, and communications for Heroic Media, commented that “Heroic Media believes that women deserve to learn about hopefully alternatives to abortion.” Gabrysch continued by noting Heroic Media’s thankfulness for the chance to work with Vision for Life.