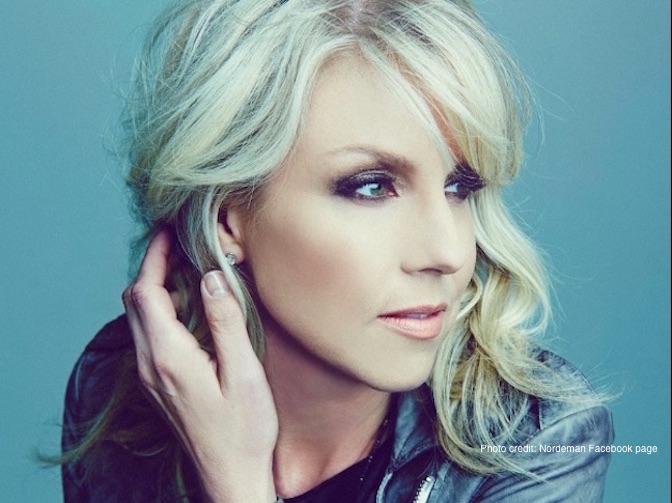 Christian artist, Nichole Nordeman, is out with a new music video that is already going viral, a mere three days after “Slow Down” was released. While the video has over 17,000 views on YouTube, its Facebook total has already hit 2.5 million.

The song celebrates the preciousness of children, calling them “everything I wanted” even in the unexpected and tearful moments.

This video was personal for Nordeman, as she tweeted that “lots of people I love” are in “Slow Down” and explained that she wrote it for her son’s fifth grade graduation.

Nordeman shared with World Magazine that she had a time of slowing down – or stopping, really – in her own life, when, at the peak of her singing career, she felt God asking her to stop.

I was a new mom. I know so many artists and friends of mine who are able to make those two worlds live together in tandem. They bring nannies on the road and they homeschool on the tour bus. That just never felt like a fit for me, and so I was subsequently not being a great artist or a great mom. …

I think God was so generous to continue to give me creative opportunities while I was home during that season where I wasn’t recording and I wasn’t touring, I wasn’t traveling. I was able to write a book. I was able to write songs for a project called The Story, 17 songs for a multiartist collaboration. I don’t feel like I ever stopped fully creating. I just didn’t have to get on a tour bus or an airplane to do it.

Nordeman has now stepped back into her singing career, and it seems as though she is proving to be as popular as ever with music that reaches into the hearts of her listeners. As a mother who has given freely to her children, Nordeman has experienced the words she sings. And moms are responding to “Slow Down,” sharing their own thoughts about the precious lives entrusted to them.

One young mother of two small children posted Nordeman’s video with her own comment: “Such a sweet reminder that these are the times I will miss so dearly. Trying to soak up every moment, even with the diaper changes, tantrums, and sleepless nights. I wouldn’t trade these days for anything.”

A British woman reflected on why “Slow Down” is touching so many hearts:

“I sat crying big blobby tears to this and then shared it on my business page (I run music/multi sensory classes for babies and toddlers). The shares, likes and reach has been huge…why? Because whatever colour, creed, religion, background we are the love we have for our children reminds us of the heartbeat of God within us more than anything else and we just get it. Thank you for giving me something to share that truly touches hearts. Xx PS. It’s been such a thrill to share your music, which I have followed and has been such a part of my journey with Jesus since the beginning, with an audience that probably wouldn’t have ever come across you here in England too! Xx”

An mother who has adult children reminisced:

“I’ve given one away in marriage, watched graduations, and even very unexpectedly given one teenager back to Jesus. I treasure the memories of all my children’s childhoods even more than ever, and wish like anything for those days back. I cherish each and every day with all my kids, even though the last is in high school.”

At least one dad touchingly admitted to crying over Nordeman’s song, tweeting, “firefighter on duty. Have tears. Should have waited. Hoping for no calls.”

For anyone wondering where to buy the song:

1.4 million views since posting Slow Down video Friday. Overwhelmed! To those of you asking where to get the song https://t.co/VwEDi4n9Tb