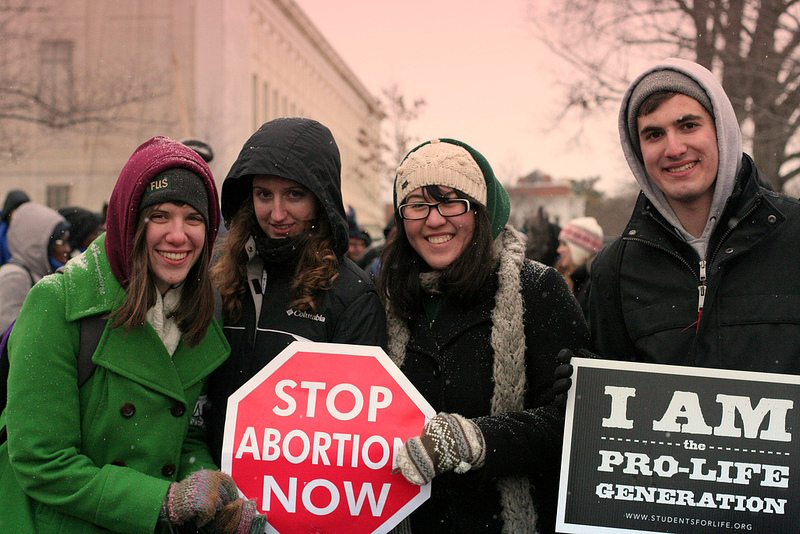 A new video from Live Action, which you can watch here, discusses the progress made by the pro-life movement, and the momentum pro-lifers will carry into 2016.

Abortion is “the greatest human rights crisis of our generation,” killing 1 million preborn children every year, at the rate of roughly one child every 30 seconds.

We are the most pro-life generation since Roe v. Wade. Hearts and minds are changing every day, recognizing the right to life of preborn children and the injustice of abortion.

While abortion is still federally legal up until the moment of birth, a CNN poll conducted in September of 2015 found that most Americans believe that abortion should be illegal in all or most cases. Last year, the abortion rate continued to drop, as more mothers in the U.S. are choosing life. We are the most pro-life generation since Roe v. Wade.

Americans are becoming more aware of the many resources that exist to help women during and after an unplanned pregnancy. Abortion clinics continue to close at a high rate, and pro-life legislation continues to gain momentum throughout the country.

While 2016 is a promising year for the pro-life movement, with opportunities gaining momentum nationwide. In March the U.S. Supreme Court will begin hearing arguments on HB2, the Texas pro-life law requiring the abortion industry to uphold to medical safety standards. How the court rules will have a huge impact on the ability of states to safeguard women by regulating the abortion industry.

With these monumental advances, we must continue to speak out for life as long as we ourselves are living.