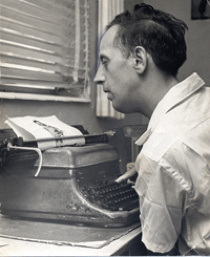 Paul Smith, a man who suffered with severe cerebral palsy from an early age, created incredible works of art using nothing but a typewriter for decades. Paul used ten of the symbol keys on the typewriter, and compiled a portfolio of hundreds of masterpieces, including an astonishing replica of the Monalisa.

Smith could not use a pen or paint brushes, but thanks to his determination and his typewriter, Smith expressed his impressive artistic abilities. 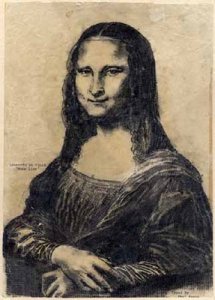 Smith lived at Rose Haven Nursing Center from the 1960’s until his death in 2007. The staff and residents there were, to Paul, a family. The home displays many of his masterpieces in the halls. “The artist is even more inspiring than his art,” said his friends. A devout Catholic, Smith was inspired by his faith to create much of his art, and believed that his talent was a gift from God.

When people told Smith that they could never do what he did, his response reflected his positive attitude toward life, “What can you do?”