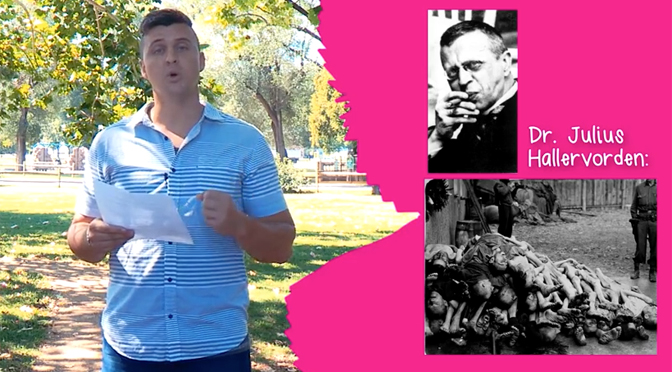 In a YouTube video posted by LifeSiteNews, a “pro-choice” man gives a compelling defense of Planned Parenthood. After all, the inhumane actions the abortion giant commits in order to harvest fetal tissue – such as killing a baby born alive and cutting open his face to harvest his brain – are done in the name of science. This must mean it’s all okay, right?

While the video is meant to be a somewhat humorous look at the arguments, Planned Parenthood is no laughing matter. The organization continues to perform brutal practices, all the while justifying its actions in the name of “science” and “women’s rights.” The video succeeds in exposing the utter silliness (and wrongness) of just that:

Another claim Planned Parenthood continues to make is that their actions have been completely legal. First, this is untrue. Planned Parenthood has been caught in investigations breaking the law on multiple occasions, and undercover videos released by the Center for Medical Progress show Planned Parenthood officials describing and discussing illegal practices.

Furthermore, as the video implies, the fact that something is legal does not always mean it is right – as has been demonstrated countless times throughout history.

It is time to defund Planned Parenthood, and to divert the money to local comprehensive health care facilities (there are over 13,500 across the nation) which can provide women with better care.