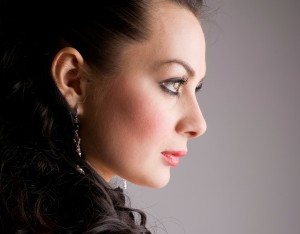 For nearly a decade, Live Action has been turning out nationally acclaimed exposés on Planned Parenthood and other members of the abortion industry in America. These projects have shown the abortion industry for what it is: racist, inhuman, deceitful, dangerous, anti-woman, and greedy. Live Action president Lila Rose’s work has grabbed media attention, and in some cases has caused outrage among abortion advocates, and, of course, Planned Parenthood itself.

But mainstream media are now heeding the wake-up call regarding Planned Parenthood’s unethical framework, and calling the abortion conglomerate out on its shoddy work. In January, Vanity Fair released a 10,000-word piece exposing Planned Parenthood’s complicity in a contraceptive crisis that may be responsible for numerous deaths. The magazine chronicled the shady history of the NuvaRing, a vaginal birth control ring that releases hormones that act very similarly to the Pill. But NuvaRing’s main hormone, desogestrel, is different from the progestin used in the Pill. Vanity Fair explains:

Desogestrel and its related compounds, third-generation progestins first used in contraceptives in the 1990s, appeared to be at the center of the legal case. A key component of NuvaRing and several other birth-control products, these progestins had been substituted for the ones used previously in order to lessen side effects such as hair growth and acne. NuvaRing was the first monthly vaginal contraceptive ring.

The problem with the form of progestin found in the NuvaRing is its link to an astonishing rise in blood clots for the women who use it:

Court documents filed against Merck state that since the mid-1990s there have been more than 10 studies suggesting that third-generation progestins, including the one used in NuvaRing, are approximately twice as likely to cause blood clots as those used in other birth-control devices that have an earlier form of progestin. A blood clot that blocks a vein is known as a venous thromboembolism (VTE). VTEs can occur in any vein, but they most often appear in the legs. They can also break off and travel to the lungs. That’s what happened to Megan—and to Erika too. A 2012 study published in B.M.J. (British Medical Journal) found that vaginal rings carry a 90 percent greater risk of VTE than birth-control pills with earlier forms of progestin. (The report states that in any given year, out of 10,000 women who are not using a hormonal contraceptive, an average of 2.1 would suffer a VTE. For a woman using a vaginal ring, that risk increases 6.5 times.) A 2011 F.D.A. report found that rings could increase that risk by 56 percent.

The author of the Vanity Fair piece repeatedly asks herself how – given the obvious dangers of the drug – NuvaRing is still on the market despite these studies and the many lawsuits that have been filed against Merck.

Planned Parenthood, which has unprecedented access to the target market for NuvaRing, is a top seller of the drug. As part of her investigation into how doctors promote the drug, and what female patients considering using it are told, the Vanity Fair author sent two young women to clinics (one of which was a Planned Parenthood) to inquire about using NuvaRing (emphasis added):

As part of my reporting, I asked two college students to go to clinics in New York, inquire about using NuvaRing, and detail their families’ histories of heart issues. Planned Parenthood, with its distribution centers all over the country, has been a target sales market for NuvaRing. At a clinic it operates in Brooklyn, one student mentioned to the attending nurse practitioner that she had Googled NuvaRing and was aware of the lawsuits alleging that it can cause blood clots. “I have a history of heart disease and diabetes in my family,” she said. “You yourself have a history of heart disease?” the nurse practitioner asked. “No, but my father has it. And my mother has type 2 diabetes.” Both facts were indicators of potential problems, but the nurse practitioner did not seem to be alarmed. “Then no. NuvaRing is safe for healthy young women…. Of course, with all birth-control methods, there are side effects. . . .new yo [sic] You seem a good candidate. Would you like to try it?” (Planned Parenthood, asked to comment, responded that the federation “does not publicly discuss private patient matters.”)

Thanks to Live Action investigative exposés (like this one), the above Planned Parenthood exchange is not surprising at all. Planned Parenthood spent years basking in the effects of public misinformation. People didn’t know the radical ideology ascribed to by its founder.