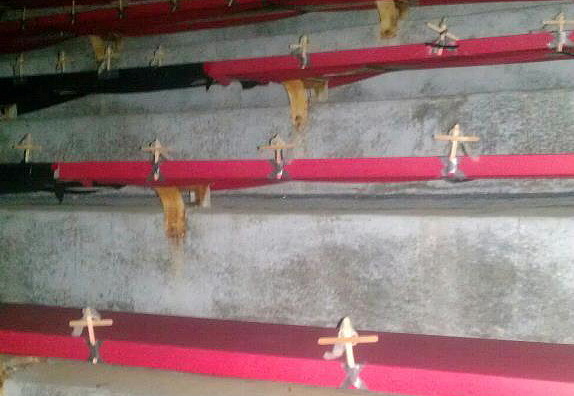 Via Students for Life:

Early this morning, campus police at Western Kentucky University (WKU) refused to stop vandals from draping condoms on the top of small crosses in the campus stadium – these crosses, all 3,700 of them, symbolize how many unborn children die through abortion each day in the US and were installed by the Hilltoppers for Life group on campus. The vandals were art students who claimed the condoms were part of an art project.

The Hilltoppers for Life group members, who had been keeping an eye on their display through the night in reaction to similar acts of vandalism to pro-life displays at other campuses including nearby Northern Kentucky University, asked the art students to stop and then called campus police.  The students refused and the campus police just stood by and watched.  The police claimed that they, “couldn’t do anything because the condoms aren’t actually vandalization,” even though the crosses are the property of Hilltoppers for Life and they have the administration’s permission for their display.