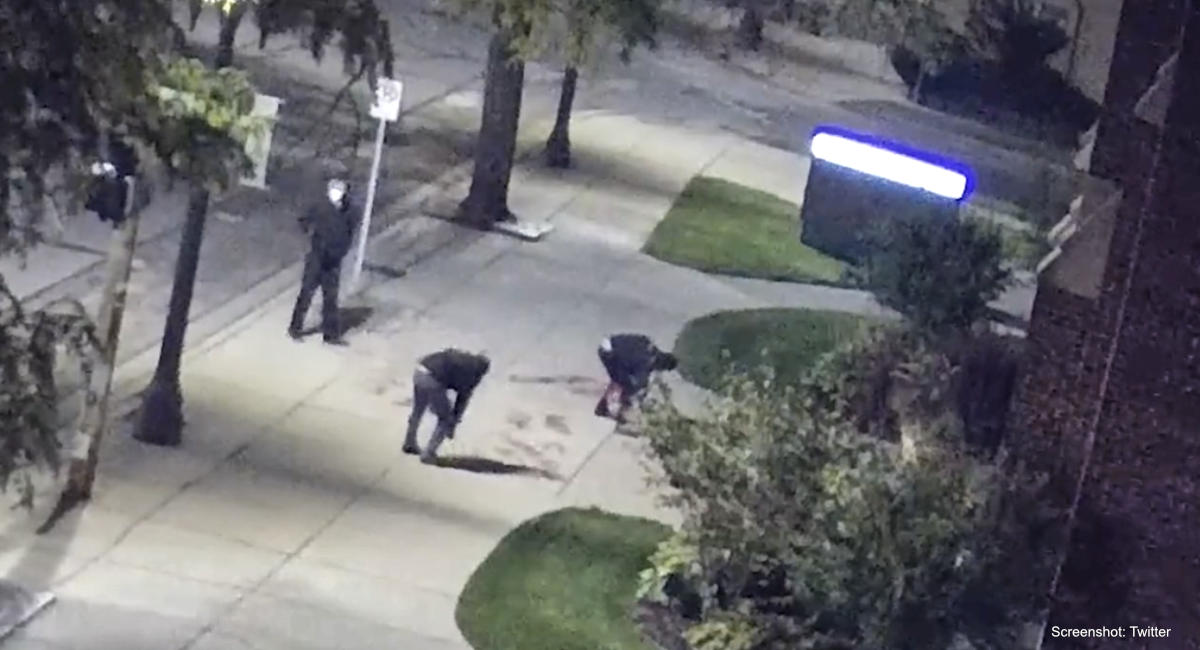 Video footage has revealed pro-abortion vandals spray painting the outside of a Catholic church in Michigan on October 8.

In the video, three hooded individuals approached the Church of the Resurrection in Lansing during the overnight hours and spray painted pro-abortion and anti-Catholic rhetoric on the sidewalk, church doors, and a large, LED sign. Parishioners, including many families with young children, were subjected to the vandalism and vulgar messages when they arrived for Sunday mass the next morning.

Catholic News Agency reports that much of the graffiti contained expletives, and some of it read, “Feminism not fascism,” “smash patriarchy,” “Restore Roe,” and “Is overturning Roe worth your life or your democracy?” The statement, “Kill all Christian nationalists,” was spray painted on the church’s sign.

The church’s pastor, Father Steve Mattson, told CNA he estimates the damages to total around $15,000.

“I’m just really hurt, and sorrowful, that people would have vandalized our place of worship, our church,” one parishioner said in a video put out by the Diocese of Lansing. “Abortion is an act of violence against a vulnerable human. And the fact that the people who are proponents of abortion are then using violence against other people just shows that this is a violent movement.”

“Motherhood is really a gift. Children are gifts,” said another parishioner. “And to be persistent in this belief that we are the god of our own bodies and that we can kill our own children, and that that is a fundamental human right are some of the messages that I’ve seen and I’m so sad to see that.”

This act of vandalism is just the latest in a growing number of incidents that have occurred since the Supreme Court first indicated the overturn of Roe v. Wade in May. In addition to vandalism with graffiti, churches, pregnancy resource centers, and pro-life offices around the country have been subjected to broken windows and even arson. Despite these frequent and recurring attacks, the FBI has declined to say whether it has made any arrests relating to any of the attacks.