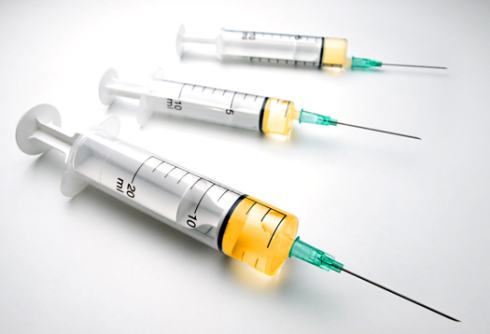 For parents who are pro-life, vaccination can be a difficult decision to make. Some groups take the position that parents, and especially pro-life parents, should avoid vaccines, implying or even stating that when your child is getting their shots, they’re having human fetal cells injected into them.

Are fetal cells in vaccines?

This confusion arises due to the fact that cells from aborted children have been used to grow vaccines. In the 1960s, two women chose abortion for their children, though not for the purpose of creating a vaccine. Two cell lines, WI-38 in 1961 and MRC-5 in 1965, were created from the remains of those children, and scientists used those cell lines to grow the viruses or bacteria necessary to develop certain vaccines (such as rubella [MMR vaccine], Hepatitis A, and varicella). The viruses are then removed from the cell lines before being placed into a vaccine, so the viruses are cultured — or grown — in cell lines from aborted children. Previously, scientists used animal cell lines, but human viruses don’t grow as well in animal cell lines.

Vaccines, if they contain any fetal cells at all, do not do so by design. Dr. Paul Offitt, director of Children’s Hospital of Pennsylvania’s (CHOP) Vaccine Education Center, told ABC News, “There are perhaps nanograms of DNA fragments still found in the vaccine, perhaps billionths of a gram. You would find as much if you analyzed the fruits and vegetables you eat.” Other researchers posit that these tiny fragments may do more damage than is currently thought, and conduct research in this area. However, there is, at this point, no definitive evidence.

Are children being aborted today to create vaccines?

Children are not aborted for the express purpose of creating vaccines. However, as to the question of whether more recently aborted children are being used to develop vaccines… the answer to that is, unfortunately, yes. A 2015 study from researchers in China shows that the new Walvax-2 human diploid cell line was made from the lung tissue of a three-month-old aborted baby. The study’s abstract states that “analysis of virus titers showed the Walvax-2 cells to be equal or superior to MRC-5 cells for cultivating” viruses like “rabies, hepatitis A, and Varicella….”

However, some groups say the old fetal cell lines are the only ones currently in use. The Vaccine Education Center at the CHOP writes, “The fetal embryo fibroblast cells used to grow vaccine viruses were first obtained from elective termination of two pregnancies in the early 1960s. These same embryonic cells obtained from the early 1960s have continued to grow in the laboratory and are used to make vaccines today. No further sources of fetal cells are needed to make these vaccines.”

Three vaccines are grown in the original WI-38 and MRC-5 cell lines: rubella, Hepatitis A, and varicella (chicken pox). The rubella vaccine, specifically, is administered with the vaccines for measles and mumps, known as the MMR vaccine. The new Walvax-2 cell line is said to have the potential to be used for these vaccines and possibly others.

While some groups urge parents to abstain from giving their children these vaccines due to the ethical problems with their development, others have said that despite the moral problems the vaccines should still be administered because the diseases the vaccines protect against can cause birth defects, lifelong health problems, and death.

Rubella, for example, is dangerous to preborn children, so some experts state that opting out of the vaccine would compromise herd immunity, allowing the disease to make a comeback and risk those lives. Hepatitis A can lead to lifelong complications. Chicken pox is widely seen as a mild childhood illness, but before the vaccine was developed, up to 13,000 people were hospitalized and 100-150 people died from chicken pox every year. The illness can cause infections, pneumonia, sepsis, and encephalitis, (inflammation of the brain). Dr. Paul Offitt of CHOP claims vaccination prevents approximately 5,000 miscarriages every year.

In 2005, the Pontifical Academy for Life issued a statement saying that one may continue to use the currently offered vaccines because they protect many lives, unless and until a more ethical alternative becomes available. Pro-life, pro-family organization Focus on the Family agrees, while at the same time, has called for ethical vaccines to be created. The National Catholic Bioethics Center states on its website, “One is morally free to use the vaccine regardless of its historical association with abortion,” adding, “The reason is that the risk to public health, if one chooses not to vaccinate, outweighs the legitimate concern about the origins of the vaccine.”

Others, of course, have disagreed. The debate continues.

Dr. Gerard M. Nadal, Ph.D., President and CEO of the Coalition on Abortion/Breast Cancer, holds two masters degrees and a Ph.D. in Molecular Biology and Microbiology from Saint John’s University, New York. He spoke with Live Action News on the moral dilemma with which pro-life parents must wrestle when it comes to vaccines:

There are some vaccines being created ethically, such as a new one for shingles, which appears to be more effective than one cultivated in fetal cells. Parents can inform themselves of the vaccines cultivated using human fetal cell lines, along with some ethical alternatives, here. If the public outcry for more ethically-derived alternatives grows loud enough, perhaps pharmaceutical companies will start listening.