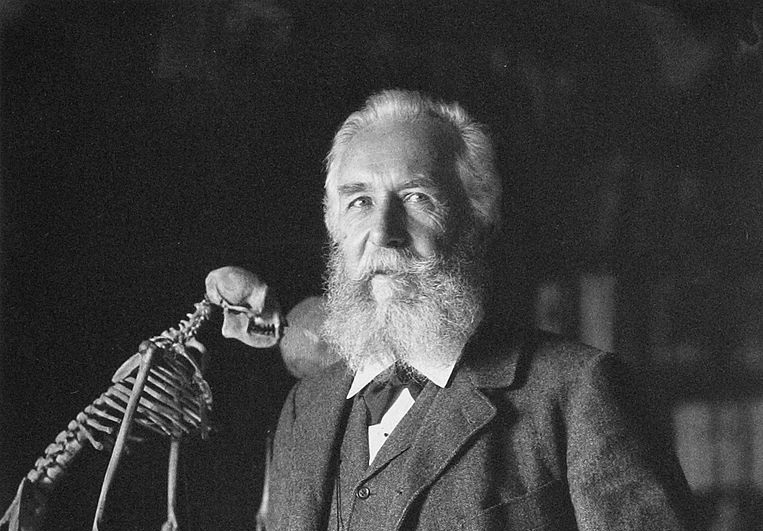 The writings of Ernst Haeckel (1834-1919), a German biologist famous for popularizing Darwinian theories of evolution, have long been identified by historians as a contributing factor in the rise of Nazi eugenics. Haeckel felt it was a mistake to preserve babies with debilitating conditions, and he praised the ancient Spartans, who inspected infants at birth and killed the weak.

In his book, The History of Creation, Haeckel argued:

By this means, the Spartan race was not only continually preserved in excellent strength and vigour, but the perfection of their bodies increased with every generation. (170)*

He proceeds to lament:

If any one were to venture the proposal, after the examples of the Spartans and Redskins, to kill, immediately upon their birth, all miserable, crippled children to whom with certainty a sickly life could be prophesied, instead of keeping them in life injurious to them and to the race, our so-called “humane civilization” would utter a cry of indignation. (173)

In addition to infanticide, Haeckel also suggested a generous application of capital punishment:

Capital punishment for incorrigible and degraded criminals is not only just, but also a benefit to the better portion of mankind; the same benefit is done by destroying luxuriant weeds, for the prosperity of a well cultivated garden. As by a careful rooting out of weeds, light, air, and ground is gained for good and useful plants, in like manner, by the indiscriminate destruction of all incorrigible criminals, not only would the struggle for life among the better portion of mankind be made easier, but also an advantageous artificial process of selection would be set in practice, since the possibility of transmitting their injurious qualities by inheritance would be taken from those degenerate outcasts. (173-74)

Nevertheless, despite these blunt statements, Robert J. Richards, a distinguished professor of philosophy and history of science at the University of Chicago, maintains that Haeckel has been unfairly evaluated by historians. In his book, The Tragic Sense of Life: Ernst Haeckel and the Struggle over Evolutionary Thought (2008), Richards attempts to rehabilitate the modern conception of Haeckel, arguing that Haeckel would not necessarily have approved of the Nazi Party’s later use of his ideas. Furthermore, Richards notes:

One might have a hard time distinguishing between our contemporary tolerance for therapeutic abortion and [Haeckel’s] own more primitive solution to the problems of debilitating and degrading chronic disease. (232)

Did you catch that? According to Richards, our modern practice of aborting children with Down syndrome is difficult to distinguish morally from the infanticide Haeckel advocated.

*Page numbers for The History of Creation are from Lankester’s English translation published in 1880.