Room-service abortions? “Just sit on the toilet,” the abortionists tell our 27-week-pregnant investigator, to deliver her dead baby alone in a hotel room. Hear it for yourself in video below: 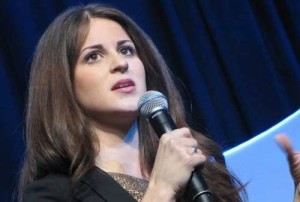 “Abortion corporations like Southwestern Women’s Options and Planned Parenthood will say and do anything to ‘close the deal,’” Rose said.  “Leaving a woman alone on the toilet in a hotel room and saying ‘call us and we’ll come get you’ – at a time when seconds can make the difference between life and death – is profoundly irresponsible and negligent.  We must never forget that abortion is a business first and foremost – a business willing to destroy a helpless, voiceless child for literally thousands of dollars.  We cannot be surprised when they send women off in the middle of a dangerous procedure for ‘room-service abortions.’  But we can be disgusted, and we can demand an end to it.”

Southwestern Women’s Options was a subject of Live Action’s previous video, titled “What is Human?,” in which Dr. Landau likened the lethal injection that kills the fetus to “a flu shot, really.”

The full footage from this clinic visit can be viewed here.