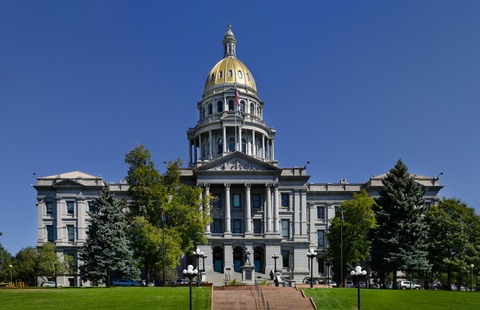 PersonhoodUSA reported in a Monday press release that the Colorado House has approved HB 1130. The bill is Colorado’s proposed fetal homicide law. (A PDF version of the bill is available here.) The bill will now move to the Colorado senate, where Democrats have the majority. According to Monday’s press release, the bill’s supporters believe that “the current criminal code is insufficient in charging violent criminals[.]” Opponents “argue the bill would confer, upon the preborn, the status of legal personhood.”

Colorado is 1 of 15 states without an Unborn Victim of Violence Act, according to PersonhoodUSA. The bill states, “If the commission of any crime codified in this title or Title 42, C.R.S., is the proximate cause of death of injury to an unborn member of the species homo sapiens, the respective homicide and assault charges for that death or injury may be brought contemporaneously with the underlying charges.”

In Monday’s press release, PersonhoodUSA Legal Analyst Gualberto Garcia Jones, J.D. noted, “Federal law and 35 states, including California, protect the preborn from crimes which result in their injury or death, but dogs and cats currently have more legal protections in Colorado than preborn children. And yet, Planned Parenthood is lobbying to block these commonsense protections for preborn children and their families. HB 1130 is abortion-neutral. It is a simple, straightforward statement that gives our elected officials the tools necessary to prosecute violent crimes committed against an expecting mother which results in harm to her child.”

The statement continues by noting the support of the Fraternal Order of Police and the Colorado District Attorneys Council for HB 1130. “But Planned Parenthood, an organization that makes hundreds of millions of dollars from abortion, does not. In lobbying against HB 1130, Planned Parenthood has shown their true colors, demonstrated that they are an extremist organizations, and exposed their unwillingness to support justice for the preborn and their mothers who have suffered a terrible loss.”

You can learn more about PersonhoodUSA here.