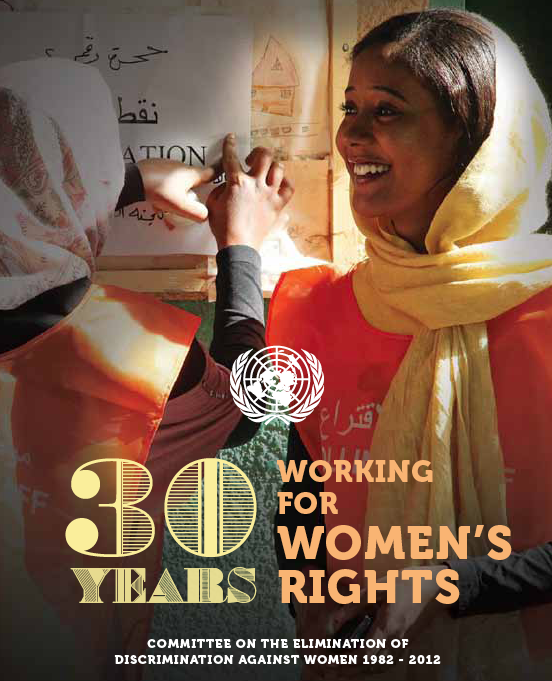 This week, the 30th Anniversary session of the Commission on the Elimination of All Forms of Discrimination against Women (CEDAW) began at U.N. headquarters in New York. The theme of the session is women’s political participation, but many CEDAW experts are quick to turn the discussion towards their abortion agenda.

Michelle Bachelet, the director of U.N. Women (the U.N. organization for gender equality and the empowerment of women), framed her comments in the context of sexual and reproductive rights language. Women, she said, “should also be able to define if, when, and how many children they want to have.” She bemoaned the recent defeats of abortion advocates at the Rio+20 and CSW conferences who tried to “recognize explicitly the importance of sexual and reproductive health for sustainable development.”

Ms. Bachelet also scoffed at women holding public office who do not share her pro-abortion views: “Neither does the fact that a woman is elected to office guarantee that she will be gender sensitive.” She blames pro-life women, in part, for the fact that the “reproductive rights of women still questioned on daily basis.”

After the initial statements, Guyana was the first country to be put under CEDAW’s scrutiny. Zohra Rasekh, a committee expert, questioned the delegation about Guyanese efforts to improve access to abortion to reduce the nation’s relatively high maternal mortality rate. The Guyanese minister correctly disputed the claim that “unsafe abortions” are causing the country’s rate of maternal mortality. She observed that abortion is already legal in Guyana and that all public hospitals are required to provide free abortion. Moreover, the greatest reductions in the country’s maternal mortality have stemmed from better trained health care professionals and education about maternal nutrition and health. Finally, the Guyanese minister observed that the only reported death from “unsafe abortion” was actually in a legal, privately owned abortion clinic.

This is consistent with all the U.N. data and publicly available research on the subject of maternal mortality and abortion. Studies conducted by the World Health Organization show that nations that reduced their maternal mortality rate most substantially between 1990 and 2008 were those that maintained bans on abortion, such as the Maldives, Bhutan, and Iran (pg. 31). Ireland, which has maintained its ban on abortion despite overwhelming international pressures, consistently boasts one of the lowest maternal mortality rates in the world (#1 in 2005, #3 in 2008) according to UNICEF.

It’s time for CEDAW to admit: abortion is not safe for women or their children.

UPDATE: Not satisfied with grilling Guyana, the CEDAW committee turned to Indonesia’s restrictions on abortion. The committee pushed on whether steps will be taken to service women who “legitimately need abortion” after six months’ gestation. Ms. Rasekh questioned twice whether Indonesia had any intention of expanding its law to permit abortion in the cases of rape and incest.

Students of abortion history will recall that the gradual legalization of abortion in the cases of rape and incest undermined the personhood of the unborn child. If the “right to life” can be abrogated in cases of rape and incest, why should we respect it in other instances? Either the child in the womb is a person with rights or it is not, regardless of the circumstances surrounding his or her conception.

Moreover, abortion for incest emboldens criminals. It allows the criminal to escape being caught, because he can take the victim to a local abortion provider, dispose of the evidence, and continue to victimize the woman. Abortion for rape and incest is not compassionate; it is cruel. If CEDAW wants to end discrimination against women, it shouldn’t give cover to rapists and criminals.

Unsatisfied with the Indonesian delegate’s response, indicating that the Ministry of Health was reviewing its policy on abortion for rape and incest, Ms. Rasekh complained that the country’s laws do not allow mothers enough time to determine whether their children are “normal or not.” Thankfully, the Indonesian delegation reaffirmed that they had no intention to loosen their restrictions in order to allow abortion of children who are handicapped or have developmental difficulties.