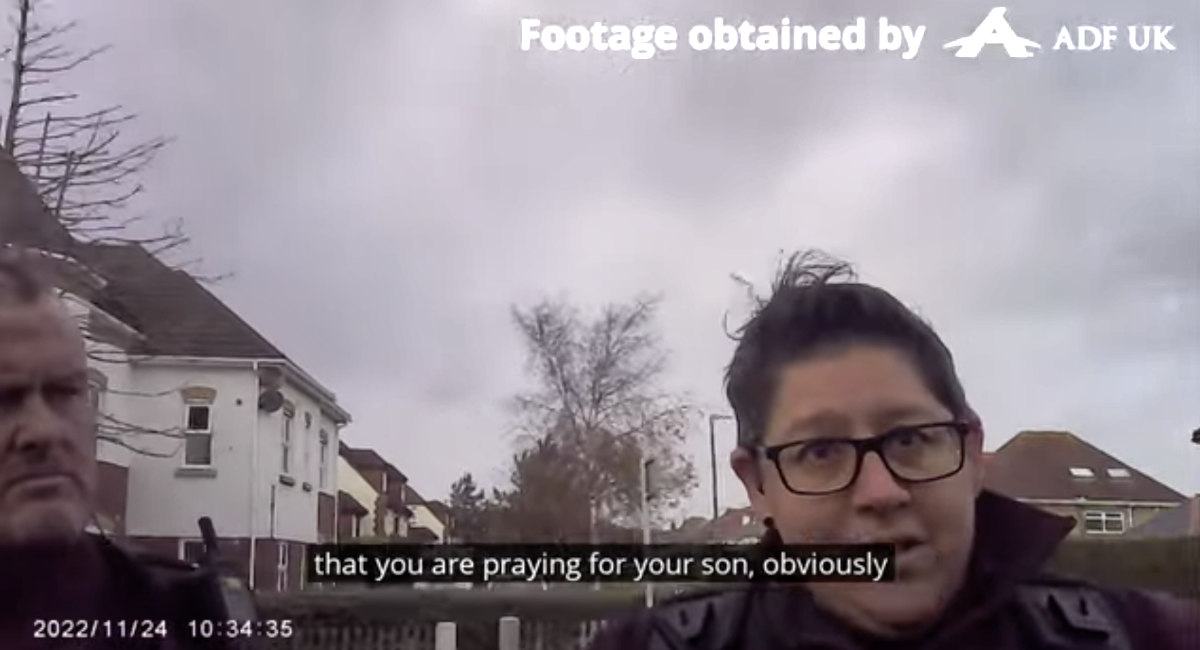 Less than a month after a woman was arrested for silently praying near an abortion facility, a United Kingdom army veteran has also been arrested for the same “crime.”

In a press release from ADF UK, it was revealed that Adam Smith-Connor was fined for silently praying in a Bournemouth censorship zone. Smith-Connor had his back to the abortion facility, but was still approached by officers simply because he was considered to have violated a Public Spaces Protection Order (PSPO).

Smith-Connor told police he was praying for his son, who is deceased, but it made no difference. “I’m sorry for your loss. But ultimately, I have to go along with the guidelines of the Public Space Protection Order, to say that we are in the belief that therefore you are in breach of clause 4a, which says about prayer, and also acts of disapproval,” the officer said; when Smith-Connor said he was merely praying, she added, “I do understand that. But the PSPO is in place for a reason and we have to follow through on those regulations.”

“22 years ago I drove my ex-girlfriend to a facility and paid for her to have an abortion. It was a pivotal moment in my life,” Smith-Connor said in the press release. “The consequences of my actions that day came back to grieve me years later, when I realized I had lost my son Jacob to an abortion I had paid for. Recently, I stood outside a similar facility and prayed to God for my son Jacob, for other babies who have lost their lives to abortion, for their grieving families, and for abortion clinic staff.”

Now, he is facing a fine, which he is challenging.

“I would never have imagined being in a position to risk a criminal record for praying silently,” he said. “In the past, I assisted with abortions in hospital as part of my army medical training, but now I pray for those who perform abortions because I realise how harmful abortion is to women and families, and that every single human life is valuable – no matter how small. Most of all, I’m moved to pray because of what happened to my son, Jacob.”

Last month, another woman was similarly arrested for praying silently in Birmingham. ADF UK has provided a legal team to help defend Smith-Connor and is calling for these discriminatory policies to be dropped.

“Nobody should be criminalised for what they believe – especially not when they express that belief silently, in the privacy of their own minds,” Jeremiah Igunnubole, Legal Counsel for ADF UK, said. “Just like in the case of Isabel Vaughan-Spruce last month, Adam could now face prosecution for holding thoughts, and lifting those thoughts to God in prayer, within a censorship zone. The rapid proliferation of orders criminalising volunteers such as Adam and Isabel should be a wake up call to all those who value freedom of expression – even freedom of thought – no matter their views on abortion.”