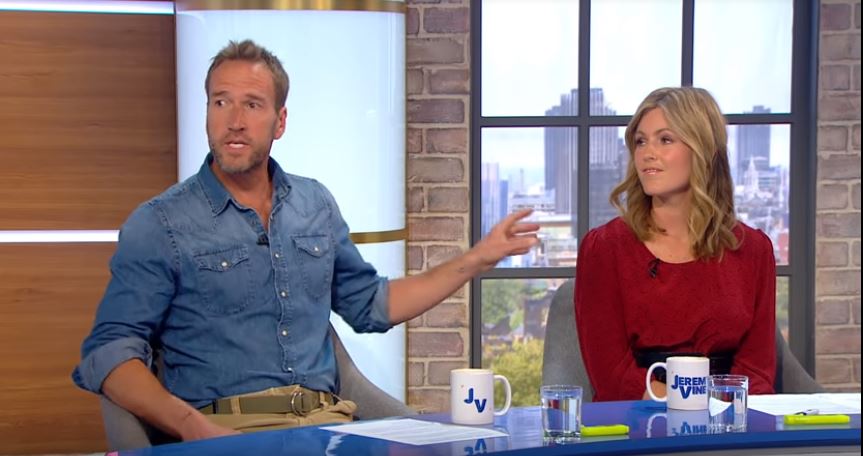 Ben Fogle, a television personality and writer in the UK, and his wife Marina, recently opened up to viewers of the Jeremey Vine show about the loss of their preborn son. A few years ago, while Marina was eight months pregnant and the couple was eagerly awaiting their child’s arrival, Fogle was in Canada for his grandmother’s 100th birthday and his wife was in Austria with her family. That’s when Fogle received a devastating phone call saying their son was stillborn.

“I got a call in the middle of the night, basically saying that our child – I didn’t know whether it was a son or a daughter at this point – had been stillborn and that Marina probably wasn’t going to survive,” he explained. “And I can say without a doubt it was the worst conversation I’ve ever had in my life.”

He jumped on a flight to Austria not knowing the fate of his wife. He said he didn’t know much about stillbirth or the effect it has on a parent, but that all changed when he arrived at the hospital.

The couple had experienced the pain of miscarriage but the pain of stillbirth was different for them – something they couldn’t put into words. At the hospital, Fogle was bombarded with questions like, “Do you want to hold your son? (He didn’t even know the baby was a boy.) Do you want to name him? Do you want photographs with him? How are you going to get the body back to England?” It was overwhelming, and all the while his wife was in intensive care.

Marina had hemorrhaged and had a C-section. She spent a week in intensive care and woke up to this new reality. She didn’t cry for about three days, she said because she was so in shock over the loss of her son. She teaches antenatal classes but had always shied away from stillbirth because it was such a heartbreaking topic. She hadn’t known anyone who had gone through it, but now here she was being someone who experienced it.

The couple decided, after encouragement from Marina’s sister, to hold their son Willem. They said being with him was really important, and they are so grateful for that time with him. They know that most people don’t know how to handle the topic of stillbirth and they want to spread awareness.

“We want to make this something that is easier to talk about,” said Fogle. “Because I get emotional still but I can also actually be very pragmatic and go, do you know what? This just happens — and when this happens to someone just say to them, ‘Can I get you some dinner tonight? Can I drop it on your doorstep?’ Invite them out for a walk in the park. Don’t tiptoe around it.”

Marina agreed, noting that most people offered comforting words and support and even if they didn’t know what to say, she was glad when they said something or spoke Willem’s name.

“The most hurtful thing was people not say anything at all,” said Marina. “Because it was like they didn’t care. Even if someone sent me a text with a kiss on it or just touched my arm and said I’m sorry. That meant a great deal. It was the people that said nothing that really hurt me.”

Marina also opened up on the show Lorraine about Willem, saying she spent the first few weeks after losing Willem thinking about how unreal it was. She often felt like she was living in a dream. She and the couple’s two other children talk about Willem frequently and created a memory box of his short life. It had made it easier to accept that he’s gone.

As for Fogle, while he held Willem, he made a promise that he would live his life for the two of them. He would live life “more brightly.” And he did, even climbing Mount Everest, where he said he felt Willem all around him.

“I never felt alone,” he explained. “He was there keeping an eye on me.”