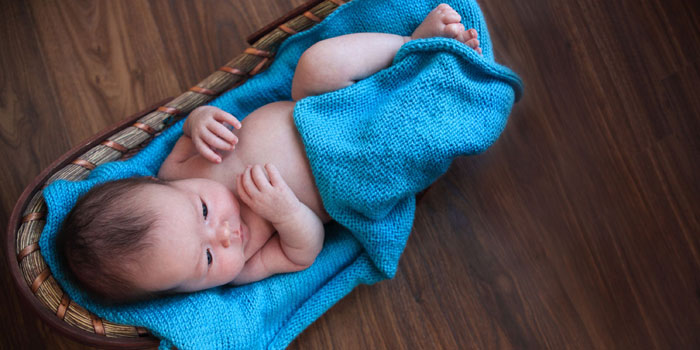 Despite a diagnosis of a rare condition known as gastroschisis at 14 weeks, Sami Jo Quinn’s baby is reportedly healthy and thriving. Quinn was warned that her child’s large and small intestines were likely to grow on the outside of his body, and that there was a possibility of Edwards Syndrome. Since this particular genetic disorder usually can’t be detected until 28 weeks, the doctors advised Quinn to consider abortion before it was too late, as her baby was unlikely to survive.

Quinn told the UK’s Daily Star that she was feeling “crushed” after the ultrasound scan discovered the abnormal intestinal growth, and doctors made sure to tell her about potential labor complications and future defects. Though she considered the advice to have an abortion, Quinn said she couldn’t bear the thought of “what if.” After reading stories about babies who had survived gastroschisis, Quinn and her partner, Luke Robinson, decided they would not abort their son.

“When we found out about the condition, we were worried he wouldn’t survive,” Quinn confessed. “But we wanted to give our baby a chance. I’m so glad I continued with the pregnancy. He’s doing really well and he’s truly a fighter.”

While it was an uphill battle, all of the grief and the worry were worthwhile in the end.

“At my 20-week scan, the sonographer found a hematoma above my cervix that explained my earlier bleeding,” she said. “They told me that my body had tried to miscarry but failed. I was determined to keep the baby, but I was terrified. On every scan, we could see our baby’s intestines growing until they were the same size as him.”

READ: Mom refuses abortion for baby with intestines outside of his body

There was a moment of panic when, at 35 weeks, Quinn could no longer feel her baby kicking. Quinn was already scheduled to go in for a routine checkup, and when it was discovered her baby’s heartbeat was erratic, labor was induced right away. Quinn gave birth to her son, Jesse, in December 2019, and he weighed only 4lbs 9oz. A mere 10 hours after Jesse was born, surgery was necessary to correct his intestines.

It was not until January 2020 that Jesse was cleared to go home with his parents. But three days later, Quinn and Robinson had to take Jesse to the hospital after Quinn found her son vomiting blood and fecal matter. According to Quinn, her son was “as white as a sheet” and Jesse had to be taken to the emergency department immediately.

“After everything, I thought I was going to lose him,” Quinn said. “He was in ICU for 1 week, fighting for his life. But he pulled through.”

After being in the hospital for nine days, Jesse was declared stable and Quinn was able to take him back home. Today, Jesse is 19 weeks old, and his mother says that he’s doing very well.

“He has no belly button and a large scar, but it gets fainter every day,” Quinn shared. “He’s my miracle baby and I’m so glad he survived.”