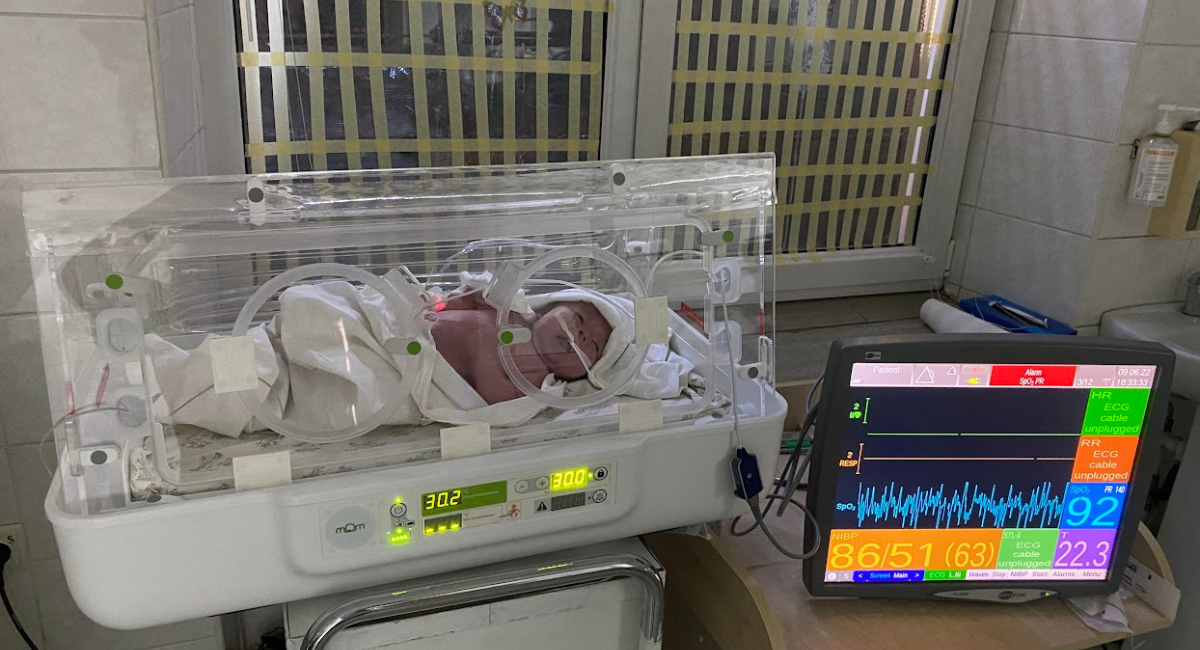 An inflatable incubator designed by an inventor in the United Kingdom is being used to help premature infants in war-torn Ukraine.

According to the Daily Mail, inventor James Roberts created the so-called “mOm” incubators after learning about the difficulties of caring for premature infants in war zones. While traditional incubators can weigh as much as 220 pounds (100kg), portable mOm devices weigh less than 50 pounds.

“Hospitals are being bombed – when air-raid sirens sound they cannot move the conventional systems. Our Mom device can be unplugged and transported to bunkers or shelters incredibly quickly, meaning that both nurses and the babies are protected and survive,” he explained.

This feature may prove to be incredibly helpful in Ukraine, where the ministry of health has already received 35 of the devices, with 16 more on the way. The war-torn country has reportedly seen an increase of three times as many premature births due to the stress of the war. Live Action News recently highlighted the difficulties and dangers that premature infants face in the country, noting that the infants, and the doctors caring for them, are unable to seek shelter during air raids because it is too dangerous to disconnect them from their life-saving machinery. With the mOm device, these preemies may now be able to seek shelter.

READ: Doctors in war-torn Ukraine fight to save the lives of premature babies

According to Future Scot, the design currently being sent to Ukraine was first tested at Royal Hospital for Children in Glasgow, which has been offering feedback on each prototype of Roberts’ invention since 2017.

“It’s been a long journey and collaboration between the clinical team here in Glasgow and those at mOm, and to be able to use our experience to support the people of Ukraine at this time is humbling,” said Dr. Helen McDevitt.

The project is being funded by Jersey Overseas Aid, Jersey’s official international aid agency, in collaboration with an anonymous philanthropic group. The international nonprofit Crown Agents is working to deliver the incubators to the hospitals where they’re needed.

“These robust and easy-to-use incubators will undoubtedly save innocent lives and we are proud to be supporting Crown Agents in getting them into besieged cities in Ukraine,” said Douglas Melville, vice chair of Jersey Overseas Aid.

Roberts estimates that by the time Ukraine receives all of its mOm systems, as many as 50 babies per week could be saved. “The original inspiration for the mOm Essential Incubator came from a documentary that focused on providing Neonatal care in challenging environments,” he said. “Helping the situation in Ukraine is confirmation that we are doing the right thing and able to provide clinicians with a flexible solution to their problems — not only in the NHS but globally. Ultimately, we are saving babies’ lives in difficult circumstances.”