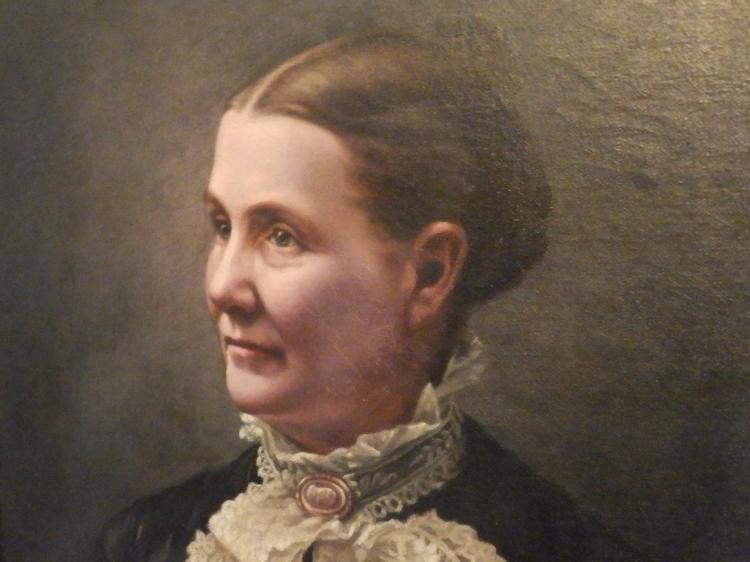 In the 20th century, we dealt with the disgrace of human abortion becoming sanctified by national law, and this continues today. But abortion has for ages been a dark struggle for humanity, especially deep in the hearts of women. The correspondence of a Civil War Army wife sheds some light on this.

In December 1871, Alice Kirk Grierson wrote to her husband, Colonel Benjamin Henry Grierson, a letter in which she reflected upon the challenges of childbearing during the war years. “I think it is desirable that the parents of every unborn human being, should, from the first hour of their knowledge, that by their own voluntary act such being exists,” Mrs. Grierson wrote, “accept the fact with at least quiet joy, and thankfulness.”

Grierson admitted that she felt that the short duration between some of her pregnancies was quite taxing on her health, and perhaps today she would have been diagnosed with postpartum depression. But through it all she kept her confidence in God and insisted upon gratitude, which she hints at believing to be a countercultural mindset in her situation even then:

Charlie’s existence I accepted as a matter of course, without either joy or sorrow. Kirkie’s with regret, for so soon succeeding him. Robert came nearer being welcomed with joy, than any other. Edie was gladly welcomed so soon as I knew her sex, but I was exceedingly thankful she did not come until the close of the war. Harry succeeded her too soon to give me as much rest, as I would have liked, and it was so hard for me, to learn to harmonize public life, with nursery duties, and other family cares, that I used to feel as if I had scarcely natural affection for Harry, and told you before he was a year old, that I would rather die, than have another child, yet no sooner was he weaned, than Georgie came into life, but I was neither tempted to commit suicide, nor the fearfully frequent National crime of abortion.

That same year, the American Medical Association published a 22-page “Report of the Committee on Criminal Abortion,” which laments the increase in abortion rates in America. “We shall find … [in New York City] that the foetal deaths, as compared with the total mortality, have increased from one in thirty-seven in 1805, to one in ten, rejecting fractions, in 1868,” the report cited (p. 247).

They quote a Professor Hodge of Philadelphia saying:

We blush to record the fact that in this country, in our cities and towns, in this city, where literature, science, morality, and Christianity are supposed to have so much influence, where all the domestic and social virtues are reported as in full and delightful exercise, even here individuals, male and female, exist, who are continually imbruing their hands and consciences in the blood of unborn infants. (p. 247)

The pro-life doctors compared abortionists to King Herod, who ordered male infanticide in an effort to get rid of the Messiah (Matthew 2:16), and they believed that abortion should be more strictly outlawed in America for moral and medical reasons.

But they particularly emphasized the importance of medical professionals educating and encouraging women to avoid the dangerous practice of “foeticide.”

The abortionists are more destructive to human life than ten British armies; but there are few to raise their voices in behalf of helpless, uncomplaining, unborn children. If our private interests were at stake, how quickly each one of us would seek the intervention of law, and thus assert his rights! But even law has failed to protect helpless innocence, the pulpit has never taken hold of the subject in the proper manner, and it now becomes the duty of the medical profession, as guardians of the health of the people, to take the matter in hand, and if they stand forward with a determined will and united front, they cannot fail to accomplish their object. (pg. 256-257)

Century to century, the challenge against apathy on all fronts is a constant struggle. So too is the struggle for mothers like Mrs. Grierson, who need support and respect.