(Pregnancy Help News) With well over $550 million in federal taxpayer dollars on the line, Planned Parenthood knows it’s in the battle of a lifetime. The nation’s most prolific abortion business is turning to the all-too-familiar state of Texas to fight what could potentially be its last stand.

This time, the abortion giant has a Republican state lawmaker on their side. State representative Sarah Davis, who received $15,791.49 in gifts-in-kind from Planned Parenthood during the 2016 campaign cycle, is now on a crusade against a pro-life alternative funded through the state. During last year’s reelection bid, Planned Parenthood invested $10,740 worth of phone calls, plus another $4,000 in digital advertising to Davis’ campaign.

Davis, as—ironically enough—the chair of Texas’ House General Investigations and Ethics Commission, is using the post bought by Planned Parenthood to try and torpedo a state grant awarded to the Heidi Group, a network of 22 life-affirming physicians and mid-level providers serving 63 Texas counties. 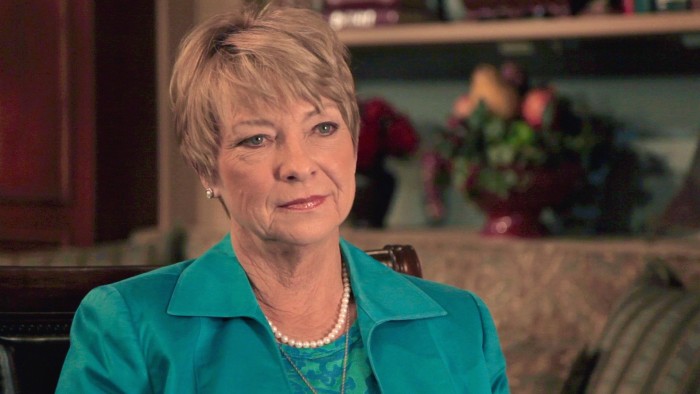 Davis, however, is leading the charge to undermine the Heidi Group, and she’s bringing along her friends at Planned Parenthood and the mainstream media.

A March 14 report from the Associated Press’ Paul J. Weber, for example, carried the headline, “Get by without Planned Parenthood? One Texas effort stumbles,” in which he conflated the two grants the Heidi Group is utilizing to make an already-complicated story seem far more convoluted than it already was.

After casting a pall of doubt over the Heidi Group and their medical providers—which serve predominately in rural areas of great need and include only one pregnancy help medical clinic, which itself is staffed by a qualifying mid-level provider—Weber then quotes a Texas-based Planned Parenthood spokeswoman, Sarah Wheat.

“Every time they try to relaunch one of these women’s health programs, without some of the most trusted providers in women’s health, every single time they come up short,” Wheat said. “And they show their lack of understanding and respect for what women need.”

Piggy-backing on the doom and gloom, the pro-abortion Huffington Post screamed in its headline, “Faith-Based ‘Clinics’ Want To Replace Planned Parenthood And That’s Dangerous As Hell,” a piece which again omitted the fact that the Heidi Group is made up of qualifying physicians and mid-level practitioners—rather than what could be described as a “faith-based ‘clinics.’”

No mention was made in either article that Davis is nearly $16,000 in the hole to the nation’s leading abortion provider, which has $550-plus million on the line at the federal level if it can’t make the case that it’s an irreplaceable provider of women’s health care.

Where Have We Heard This Before?

Planned Parenthood recently turned down an opportunity to keep its funding when President Donald Trump forced it to choose between providing abortions and staying on the government dole.

The abortion business has been thoroughly and regularly exposed as failing to provide the services it promises—including prenatal care and mammograms—while being forced to own its role in the illegal sale of body parts it takes from the babies it aborts.

Now, it’s Davis’ turn to carry the torch for Planned Parenthood, which aborts over 320,000 babies every year.

Everett, who has been on both sides of the equation when it comes to abortion, said she’s never quite seen the level of opposition she and her providers are facing. Though her providers have been heavily audited and routinely visited by officials from the state’s Health and Human Services throughout the grant, no red flags have come up.

Needy Women Lost in the Shuffle

Still, that hasn’t prevented lawmakers like Davis and state rep Jessica Farrar—who recently gained headlines for proposing a “satirical” law that would fine men for masturbating—from undermining and slandering the Heidi Group, which serves rural and undocumented populations such as those in the desperately needy Rio Grande Valley, where patients who don’t have access to running water or electricity.

Planneed Parenthood has two locations in the Rio Grande Valley, while the Heidi Group is serving in five locations throughout the area.

“They keep raising questions with no validity,” Everett said. “They’re not only harassing us, they’re harassing everybody.”

In the midst of the current struggle, Everett said she’s been keenly aware of her need for prayer from the pro-life and Christian community—particularly because of what could be on the line in terms of Planned Parenthood’s funding stream.

With four months to go, Everett is confident the Heidi Group will hit its goal of serving 50,000 women by the end of grant cycle this August.

Editor’s Note: This article was originally published at Pregnancy Help News on March 21, 2017, and is reprinted here with permission.