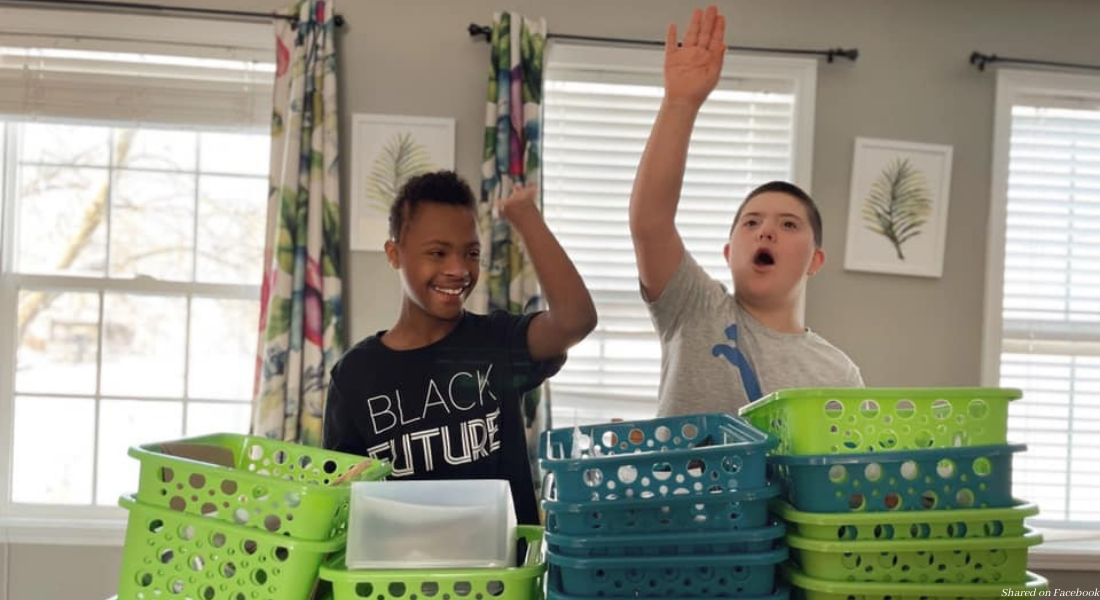 Two brothers from Poplar Grove, Illinois, have launched their own business — but there’s something that sets them apart. The adopted brothers both have Down syndrome, and together, they run Two Fresh Brothers, which sells individually created and packaged air fresheners, or “freshies.” They’re receiving so many orders and so much support that they have at times sold out.

Erin Horton, the mother of Eli and Malachi, spoke to WTVO about the boys’ business venture, as well as their lives together. “Our goal has always just been that they get to be who they want to be,” she said. And though they’re both adopted children with Down syndrome, Horton pointed out that it doesn’t make them exactly the same. “They’re still two completely opposite kids, with their own everything.”

Her goal was to help them be prepared for the future. “We’ve always wanted them to have their own business,” she explained. “We just felt like it was a really great opportunity for them to learn.” So Two Fresh Brothers was born.

For each order, the boys measure and pour the ingredients to create the air fresheners, and even sign thank-you cards for their customers. “It’s just exciting to see them have something that’s theirs, and be able to make their own money,” Horton said. “When we first told Elijah about it — you know, you got a paycheck, people bought what you made! — he was so excited, because he wanted to go buy a cheesy beef from Arby’s.”

Within an hour of launch, they sold out of their inventory. Since then, they’ve continued to see tons of support, and are returning the favor with a special fundraiser for World Down Syndrome Day, with four specially-themed freshies in celebration. “This year we wanted to use this platform and the boys’ new business to raise money for an amazing organization, DSDN or the Down Syndrome Diagnosis Network,” they wrote on their Facebook page. “This organization comes alongside new parents just receiving a Down syndrome diagnosis, they help educate medical professionals on how to deliver a diagnosis to a new family, they grieve with parents who have lost a loved one with Down syndrome and host retreats for moms and dads allowing them to get away have some fun with other people who understand the journey. Their work is vital and necessary.”

READ: Man with Down syndrome hosts Valentine’s Day fundraiser for kids with cancer

Stereotypes still remain persistent when it comes to Down syndrome and other disabilities, often foisted on new parents after receiving a diagnosis by the medical community. Organizations like DSDN work hard to ensure these families have the support they need, and change the way doctors deliver the news that a parent’s child has Down syndrome. Some continue to believe that people with Down syndrome aren’t capable of many things, but more and more people like Elijah and Malachi are proving them wrong.

“My husband and I’s big thing is, we want them to have the choice to do what they want, just like I get it, just like you get it,” she said. “Things may look a little different, they may do things a little different, but really, at the heart of it, they’re just a normal human being who wants to be loved and liked and have fun.”