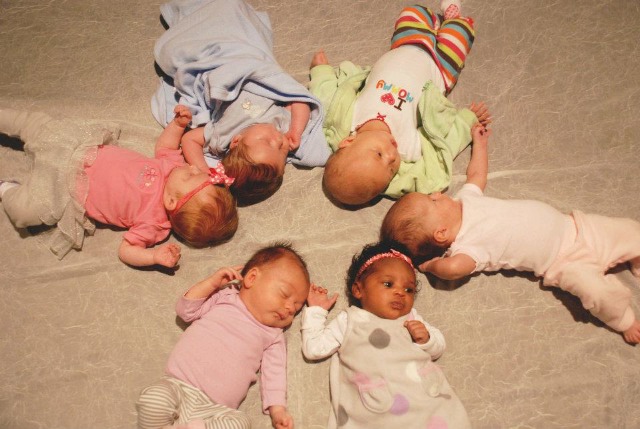 Over the course of eight tweets, Decker challenged the GOP’s health care plan, citing her reasons for being against it. But it was her second to last tweet that got people talking about one of the real issues here: babies.

GOPcare’s ban on Planned Parenthood would result in loss of healthcare to many in rural/low income areas; thousands of births would result.

Twitter users were quick to respond to Decker and let her know what Planned Parenthood is really about.

@hale_razor Hard to find time to provide nonexistent mammogram services in between 320,000+ abortions per year. @cathleendecker

@N_Fatale @cathleendecker Oh the horror! Planned Parenthood will have to buy stock at Babies R Us!!!

@cathleendecker Is it rural babies or low income babies we should be afraid of? Or just poor farmer babies? Please clarify. Thx.

And here I was all this time CONGRATULATING ppl upon a birth.

@cathleendecker Oh, no! Tiny little humans! What a hideous thought. Much better to exterminate them and avoid their inconvenience.

And the tweets go on.

It seems people aren’t falling for the Planned Parenthood lies any longer. Women know that they don’t need Planned Parenthood, and they don’t need abortion, and they aren’t afraid to shout it out on social media. Abortion isn’t healthcare; it’s the taking of human lives and its very existence is belittling to women. Women are smart enough and strong enough to face an unplanned pregnancy, especially when they are aware of the countless resources available to them (including on college campuses!) from free ultrasounds to baby gear to continuing education to housing. If you are feeling pressure to have an abortion from anyone or for any reason, please check out this article that shares resources and helpful information about your rights.

It’s time to defund America’s Abortion Corporation and use that money to actually help women and families with their healthcare needs.