Hip social media site Tumblr made headlines recently when its CEO David Karp, who is also a Planned Parenthood board member, joined with Planned Parenthood President Cecile Richards to launch a tech initiative to help the abortion corporation add to its millions. USA Today reports:

“It’s time to take action in a show of support for this organization in their moment,” says Tumblr CEO David Karp, a Planned Parenthood board member whose company employees donated $80,000 to the non-profit last month.

The partnership is not only just, but a natural extension of the work Planned Parenthood has done with companies like Google to make healthcare information more accessible, says Planned Parenthood President Cecile Richards. Last month, the organization confirmed that Facebook Chief Operating Officer Sheryl Sandberg had donated $1 million.

“Our organization is under attack by Congress,” Richards says, “and tech leaders are lending support. There is massive grassroots solidarity.”

In reality, of course, Congress isn’t attacking Planned Parenthood, but is not going to stand for mass abortions at taxpayer expense. While Richards insists that her organization is focused on actual health care, she also refused to cease abortions in return for government funding. And why would she need to, when tech giants line up to drop blood money in her lap?

On Thursday, 74 of those tech giants penned a letter to congressional leaders, urging them not to defund the abortion corporation. The letter said, in part:

When policymakers in Washington, DC, talk about “defunding” Planned Parenthood, they are talking about dismantling access to basic health care in communities across the country, and stopping progress in its tracks. Indeed, our country is at a thirty-year low for unintended pregnancy and a historic low for teen pregnancy.

We know Planned Parenthood’s care and leadership have been instrumental to this success.  We are committed to supporting their ability to build on this important work and, above all, we are connected to Planned Parenthood’s mission which so closely resembles what we stand for as leaders in technology: creating opportunity for everyone to chart their own path in life and pursue their own ingenuity – without barriers or fear.

That will not be possible for the millions of people who rely on Planned Parenthood if Congress moves forward with legislation to deny them access to critical preventive care. We stand with the majority in this country who reject this harmful agenda and believe no person should have to overcome political hurdles to take care of their health.

But these tech leaders have fallen for the pro-abortion propaganda of Richards and friends, and Karn is headlining the grandstanding. With the #TechStandsWithPP hashtag in play, Karn joined Richards in writing a piece for The Verge proclaiming why “tech leaders must support women’s health care.” They write:

Extreme politicians at every level of government are doing everything they can to block millions of people from coming to Planned Parenthood, deny access to affordable health care, and roll back women’s rights over their own bodies. We are facing a national health disaster, especially in our most vulnerable communities.

They don’t make clear how it’s a national health disaster for those vulnerable communities when the same money will be sent to clinics in those communities, making it easier to access health care since there are 20 FQHCs for every Planned Parenthood. But they are insistent, saying:

That’s why we’re calling on the tech industry to join Tumblr in standing with Planned Parenthood and standing up for access to health care.

A 100-year-old health care provider and the platform powering 335 million blogs may seem like an unlikely pair. But over the last few years, Tumblr and Planned Parenthood have teamed up to provide information and organize communities in support of reproductive rights. We’re proud of all we’ve accomplished together and with overwhelming support from the Tumblr community.

The tech industry has also put its money where its mouth is — and apparently, that’s on abortion. Since FQHCs are available to all poor and uninsured women in the nation, two things seem apparent:

1. The tech leaders supporting this effort are as pro-abortion as Planned Parenthood.

2. Planned Parenthood has so many wealthy individuals and organizations donating money (to go along with its millions in revenue each year), that the push for taxpayer-funded abortion (inserted into the most recent Democratic Party platform, fully cheered on by Planned Parenthood) seems even more excessive and unnecessary.

All this tech/abortion partnership really does is prove that Planned Parenthood is well-connected and terrified of losing its government funding. It also shows — with the rejection of President Trump’s suggestion that Planned Parenthood halt abortions to keep its taxpayer funding — that the organization is very much focused on abortion, cornering more than 30 percent of the nation’s market share of abortions. In fact, as government funding to the organization has increased over the years, its abortion market share has increased significantly. 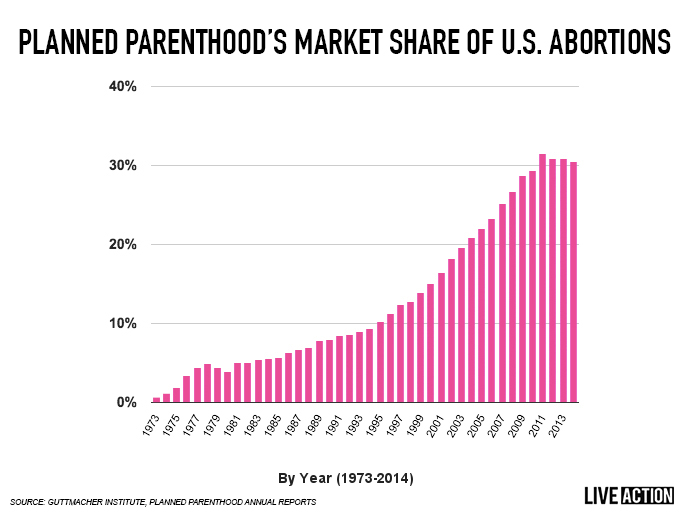 Women need real options, and FQHCs give them every bit of care they need. Despite Richards insisting abortion is one of those “needs,” the truth is, women need care to help them live life, not to take a life — and that’s what these FQHCs will do with the redirected government money.

If Planned Parenthood is defunded, not one penny of health care money for women will be taken away from women; that money will simply be rerouted away from the largest abortion corporation in the country. But obviously that’s not a problem, since Karn and his tech leaders seem more than willing to pay for those abortions out of their own pockets.