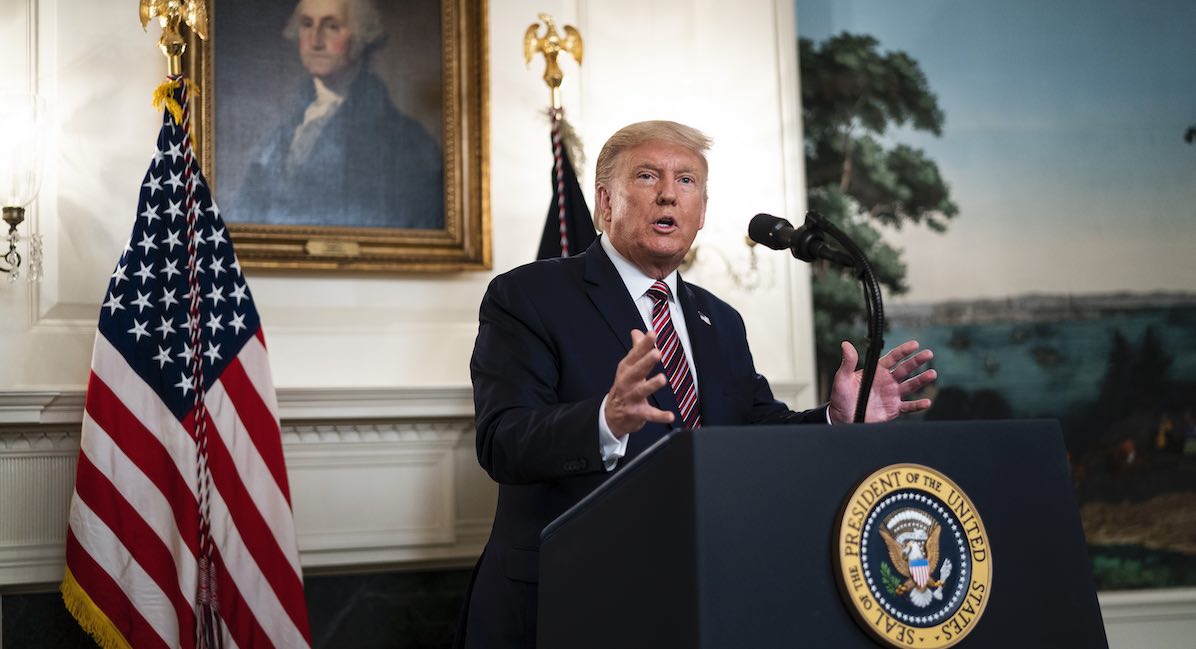 (The Daily Signal) President Donald Trump publicly added 20 names Wednesday to his list of candidates for the Supreme Court, including six women, three Senate Republicans, and a state attorney general. Also new to the list are prominent government lawyers who haven’t served as judges.

“Every one of these individuals will ensure equal justice, equal treatment, and equal rights for citizens of every race, color, religion, and creed,” Trump said in making the announcement at the White House. “Together, we will defend our righteous heritage and preserve our magnificent American way of life.”

For the most part, the president’s 20 new Supreme Court prospects follow the traditional pattern in which federal appeals court judges, also known as circuit judges, are considered for the high court.

Currently, all but one of the nine justices were circuit judges before being nominated to the Supreme Court. Only Justice Elena Kagan never had been a judge before.

When running for president in 2016, Trump adopted a list of potential Supreme Court nominees from recommendations by The Heritage Foundation and the Federalist Society. He has appointed two justices who were on that list: Neil Gorsuch and Brett Kavanaugh.

“The names I know are really good people, but I’m not familiar with everyone,” John Malcolm, director of the Meese Center for Legal and Judicial Studies, told The Daily Signal. “It’s an impressive list. Not everyone was on my list, but many were.”

In his announcement of the names, Trump laid out the stakes if the high court were to shift back toward the liberal side.

“Unfortunately, there is a growing radical left movement that rejects the principle of equal treatment under the law,” Trump said, adding:

If this extreme movement is granted a majority on the Supreme Court, it will fundamentally transform America without a single vote of Congress. Radical justices will erase the Second Amendment, silence political speech and require taxpayers to fund extreme, late-term abortion.

They will give unelected bureaucrats the power to destroy millions of American jobs. They will remove the words ‘under God’ from the Pledge of Allegiance. They will unilaterally declare the death penalty unconstitutional, even for the most depraved mass murderers. They will erase national borders, cripple police departments, and grant new protections to anarchists, rioters, violent criminals, and terrorists.

Here’s a look at Trump’s new contenders for the high court.

Trump’s additions include four elected officials, which has been a rare occupation for nominees.

Former Justice Sandra Day O’Connor had been an Arizona state senator before becoming a state judge. But going from elected office directly to the Supreme Court is rare.

The most notable example is President Dwight Eisenhower’s naming of California Gov. Earl Warren as chief justice in 1953.

Sen. Tom Cotton, R-Ark., first elected to the House in 2014. Cotton, 43, was an Army captain who served in Afghanistan and Iraq. He received his law degree from Harvard Law School.

Sen. Josh Hawley, R-Mo., elected in 2018. Hawley, 40, previously was Missouri’s attorney general and an associate professor at the University of Missouri School of Law. He also was a lawyer with the Becket Fund for Religious Liberty. A former clerk for Chief Justice John Roberts, Hawley received his law degree from Yale Law School.

A fourth Senate Republican, Mike Lee of Utah, was on Trump’s 2016 list.

If history is a guide, one of these new names—all Trump appointees—is the most likely to become a Supreme Court justice if the president gets second term, since circuit judges tend to be the farm team for the high court.

Here are the new appeals court judges on the list:

Peter Phipps, 47, of Pennsylvania, on the 3rd Circuit Court of Appeals since July 2019. Phipps also served as a U.S. district judge for the Western District of Pennsylvania. He was senior trial counsel in the federal programs branch of the Justice Department’s Civil Division. He received his law degree from Stanford Law School.

Stuart Kyle Duncan, 48, of Louisiana, on the 5th Circuit since April 2018. Previously general counsel of the Becket Fund for Religious Liberty, he also argued cases before the U.S. Supreme Court as solicitor general of Louisiana. He received his law degree from the Paul M. Hebert Law Center at Louisiana State University and his LL.M from Columbia University Law School.

James Ho, 47, of Texas, on the 5th Circuit since December 2017. He was solicitor general of Texas and clerked for Justice Clarence Thomas. He received his law degree with high honors from the University of Chicago Law School.

Barbara Lagoa, 52, of Florida, on the 11th Circuit since December 2019. Previously a justice on the Supreme Court of Florida, she also was an assistant U.S. attorney for the Southern District of Florida. Lagoa received her law degree from Columbia….