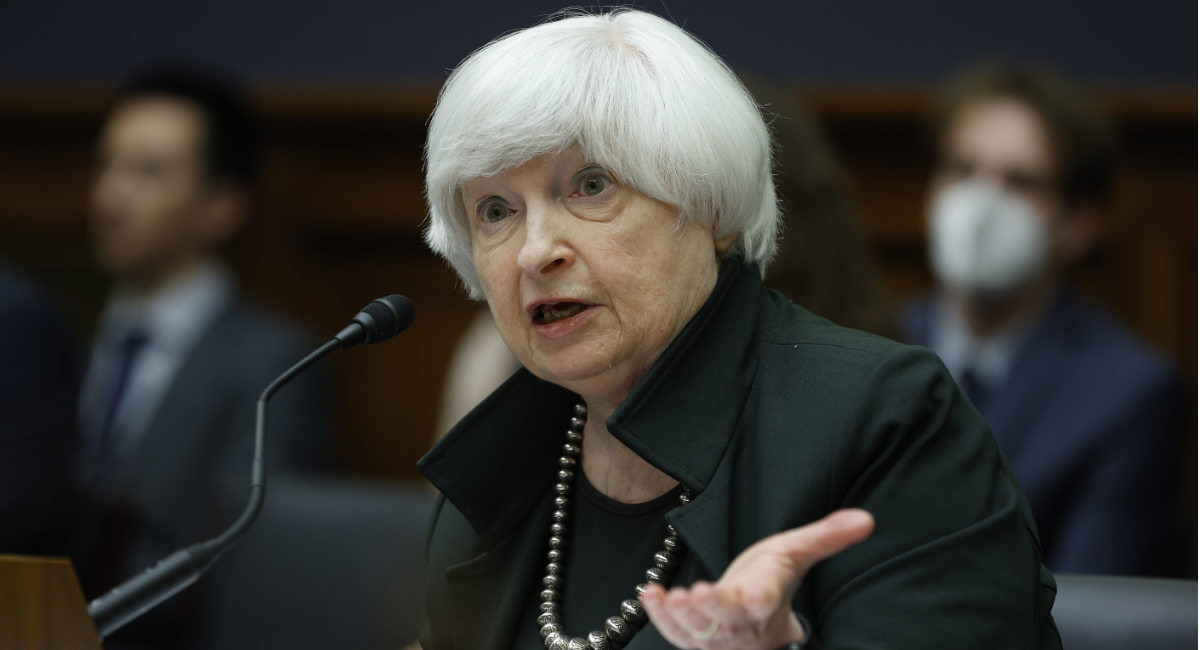 Treasury Secretary Janet Yellen announced last week that she believes abortion is necessary for boosting the economy, particularly justifying it as a way for low-income Black women to be able to contribute to the workforce.

Her statement came during the Financial Stability Oversight Council’s report to the Senate Banking Committee. During the hearing, Sen. Robert Menendez of New Jersey asked Yellen what impact she believed the potential overturn of Roe v. Wade would have on the country.

“I believe that eliminating the right of women to make decisions about when and whether to have children would have very damaging effects on the economy and would set women back decades,” Yellen said. “Roe v. Wade and access to reproductive health care, including abortion, helped lead to increased labor force participation. It enabled many women to finish school that increased their earning potential. It allowed women to plan and balance their families and careers, and research also shows it had a favorable impact on the well-being and earnings of children,” she said.

She also stated, “In many cases, abortions are of teenage women, particularly low income, and often Black, who aren’t in a position to be able to care for children, have unexpected pregnancies, and it deprives them of the ability, often, to continue their education to later participate in the workforce. It means that children will grow up in poverty and do worse themselves.”

Her comments received immediate pushback from South Carolina Senator Tim Scott, who said that he himself was born of a poor Black mother. “Did you say that ending the life of a child is good for the labor force participation rate?” he asked her.

“I’ll just simply say that as a guy raised by a Black woman in abject poverty, I am thankful to be here as a United States senator,” Scott commented, later adding, “My circumstance is like so many others. Millions and millions of kids being raised in poverty by single parent households who happen to be Black. Telling Black teenage moms that there is only one alternative for them is a depressing and challenging message.”

Sen. Scott further blasted Yellen’s statements in an op-ed published in the Washington Post, taking particular issue with her claim that abortion is necessary to keep Blacks in the workforce.

“To me, this was stunning. I thought I had misheard her. Was Yellen making the case for how abortion is good for America’s labor force?” he wrote. “But when questioned, Yellen doubled down on what I believe is a callous, inhumane reason for ending innocent life.”

Scott described how his mother worked hard to provide the best that she could for himself and his siblings.  “In that moment, I felt compelled to speak up and speak out on behalf of people like my mom. There are voices today who would tell you that our lives were hopeless. That a life like the one we had as a family was not a life worth living, and that the United States would be better off if people like us didn’t exist at all.”

Yellen’s claim that abortion helps lift women out of poverty is one that Live Action News has previously debunked. The government should be working to help women, children, and families who are impoverished; instead, it’s telling these families that they need to kill their children in order to succeed.