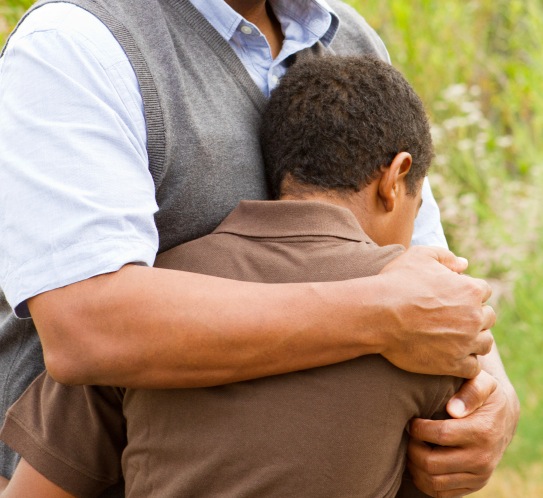 The nation is mourning over the death of 17-year-old Trayvon Martin. Trayvon was killed in Sanford, Florida last month by self-declared neighborhood watchman George Zimmerman. Zimmerman is calling the shooting self-defense and has been protected under Florida’s Stand Your Ground Law. Countless others are calling this a murderous hate crime.

The debates rages on, with thousands taking their frustrations to the streets. Protests have taken place in D.C., Orlando, NYC, and throughout the nation. President Obama weighed in on the situation when he called for Americans to search their souls. Speaking from a father’s perspective, he poignantly said, “If I had a son, he’d look like Trayvon.”

As pro-lifers, we value all stages of human development, from conception to natural death. Every life taken by senseless violence is a life that’s been wasted. We grieve for Trayvon as we’d grieve for any child. Yet we know that this type of violence takes place every day in abortuaries across our nation. As an African-American woman, I long for the day when the black community takes a stand for the most vulnerable and unprotected lives of all. It’s great to see my fellow countrymen passionately lifting their voices to stand for justice. I just want them to do the same for the injustice of legalized murder.

Honestly, I want them to do more. If Trayvon Martin was cut apart in the womb instead of shot dead on the street, there would be no outcry. It would be an accepted, justified choice that’s applauded by many. Millions of black boys have been slaughtered in the womb. Where is the national mourning over this racially motivated genocide?

The pro-life movement must have a right response to this tragedy. Our first priority is praying for America. Racial tension is high, anger is mounting, and people are looking for answers that may never be given. Secondly, we can seek to understand others. It’s obvious to us that the murder of a child and the murder of a young adult are equally wrong. Yet that’s sadly not an obvious truth to all. It took me years to be awakened to the reality of abortion. It was a process of looking at facts, hearing stories, and allowing my heart to be softened. It’s easy to want people to “just get it,” while we forget how long it took some of us.

We can also identify with people’s feelings of anger and sorrow over this injustice. For some, this may be the first injustice they feel passionate about. Let’s listen to their pain and help them process it. We can pray that the compassion they feel for one person could lead to compassion for millions. Let’s discuss the issues of life, death, race, justice, and law with those who are speaking about such things. People want to fight against injustice. They just don’t understand – yet – that an unborn baby is worth fighting for.

This is our challenge. We must change mindsets and hearts. We do this daily through sermons, legislation, sidewalk counseling, art, media, and other forms of activism. Like Jesus in the Scriptures, we can pray for blind eyes to be opened. We can be voices in the midst of chaos, leading people to righteousness. The double standard has to end. Let’s call this nation to care for all of our children at every stage.