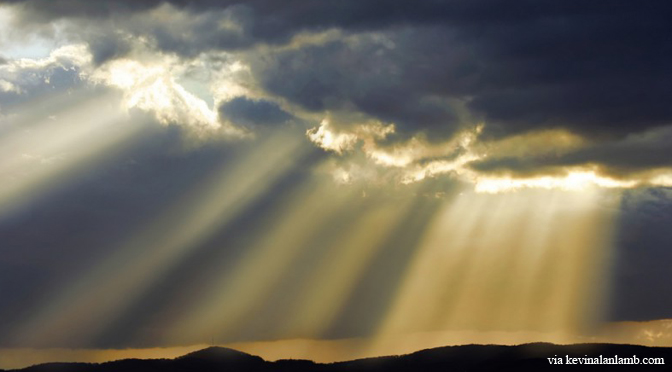 To say it’s logically tricky to reconcile support for abortion with Christian religiosity would be an understatement. Pro-abortion Catholics like Joe Biden and Nancy Pelosi manage to skate by because their target audiences don’t really care how seriously they take their faith, but the fact remains that the circle simply can’t be squared. The Bible’s prohibitions against shedding innocent blood are clear, it carves out no exemption for the preborn, and pro-abortion interpretations of Scripture invariably collapse under scrutiny.

Ostensibly mainline Christians trying to justify abortion are unconvincing enough, but when self-professed pro-abortion nonbelievers try to get clever about it, things just get weird. At the Huffington Post, Transhumanist Party presidential candidate (yes, really) Zoltan Istvan argues that spiritually speaking, abortionists are really doing their victims a favor by sending preborn babies straight to heaven…

From a strictly biblical point of view, being born on Earth is a test. All our actions will eventually be judged by an omnipotent God who will determine whether we go to heaven or hell. Our deeds, sinful or not, determine where we spend eternity. The Bible even says many people will not get into heaven because it’s quite difficult to be a sin-free Christian–meaning the majority of human souls may spend an endless amount of days in hell. Like it or not, about 2.2 billion people on Earth believe in these ideas. Another 1.6 billion Muslims believe in mostly the same thing, too.

Where the Abrahamic rabbit hole gets weird–at least for me–is the fact that many Christians (and Muslims) believe that an aborted fetus goes to heaven.

The metaphysical impact of that religious belief is just bizarre. It means that the most sure thing to do to get a soul into heaven is to abort a fetus before it leaves its mother’s womb and has the chance to sin. The crazy thing is this makes abortion providers some of the most considerate, humanitarian people we know–at least from an Abrahamic religious perspective. Abortion providers and pro-choice advocates have long been filling heaven with pure souls–instead of committing them to a lifetime on Earth, challenged with trials of sex, drugs, and transhumanism.

(Istvan also prefaces and closes out his piece with references to the Colorado Springs Planned Parenthood shooting that slyly attempt to tie pro-lifers to violence… apparently because he thinks eschewing the Bible frees him to disregard the moral imperative against bearing false witness, as well.)

How daft is this argument? Let us count the ways.

First, you’d think that those who demand a more secular approach to America’s issues would be the first to recognize that getting religion out of the way wouldn’t end the discussion on abortion. Surely Istvan knows that the pro-life movement is not uniformly religious and is familiar with secular opposition to abortion? That while religion may tell us to value human life, science is what ultimately defines membership in that category? But no, instead we get an article all about why religious pro-lifers’ opposition is supposedly groundless.

Gee, it’s almost as if religion isn’t a real subject of debate here, but a pretext for deflecting facts he can’t so easily dismiss…

Second, he inadvertently provides one answer to his own question. If, as he says, our time on Earth is meant as a test, it’s because God wants it for us. There’s something of value to the experience He has decided everyone should have… and, therefore, something abortion takes away from a child in defiance of God’s will.

That’s not a terribly difficult conclusion, Zoltan. Of course being sent to heaven is better than being sent to hell, but just because the victim’s fate ultimately works out after being wronged doesn’t mean he or she wasn’t wronged, just as getting stolen property returned to you doesn’t mean the original theft doesn’t matter.

Third, the theological concept he’s referring to—the age of accountability for sin—doesn’t automatically stop at birth. In fact, there’s plenty of disagreement about it among Christians. Some place it roughly around puberty, some believe it’s older, others surely think it’s younger.

So depending on what point one accepts, you could just as easily use the exact same logic Istvan uses here to justify abortion, to excuse murdering any preteen kid on the grounds that you’re just sending him to heaven. Nobody would buy that for a minute.

Fourth, the reason everyone would dismiss that logic post-birth is that we know it’s incompatible with what the Bible says about murder. To recap:

So to know whether these passages apply to abortion, we need only to determine whether the preborn are human, and whether the Bible exempts the preborn from that protection anywhere else. The answer to the first question is a clear yes; to the second, a resounding no.

For any observant Christian, that clinches it. We don’t have to understand every aspect of God’s reasoning for it to be binding. It doesn’t matter if Zoltan Istvan would run things differently if he were God; what matters is that God does call on us to protect the smallest of His children.

Istvan’s not the first to try this publicity stunt masquerading as an argument. We first tackled it in 2013, where I have a couple other critiques of the “logic.” I hope both articles will come in handy the next time readers find themselves confronted with the question, but ultimately this is just the latest attempt to throw everything to the wall and see what sticks, in the hopes of using seemingly-complex concepts to distract from the simple truth that killing babies is wrong.