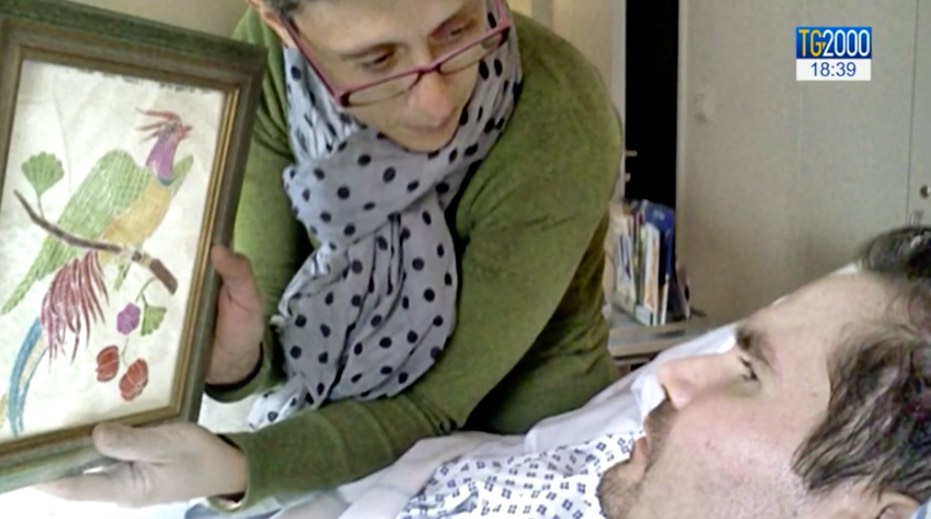 For years, Vincent Lambert’s parents have fought for his right to live. But after a devastating legal setback, in which courts ordered he could legally be starved and dehydrated, they have finally admitted defeat and are instead committed to spending as much time as they can with their son before he dies.

Lambert was a nurse until he was in a car accident in 2008, which left him quadriplegic and in a “semi-conscious” state. While some have described him as being in a persistent vegetative state, Lambert can breathe on his own, sleep and wake up, respond to some voices, swallow, and breathe on his own. He does not need machines to keep him alive, but does need nutrition and hydration — like all people do — which for him, is delivered in a special manner. He is not ill, nor is he at the end of his life.

Last week, the Court of Cassation, France’s highest court, ordered that Lambert’s food and water be removed, and numerous media outlets have reported that he has been deprived of hydration since July 2nd. He has also been heavily sedated, which doctors say will allow him to die in a “peaceful” manner.

Lambert’s wife and legal guardian, Rachel, has been fighting the Lamberts to have nutrition and hydration removed since 2013. The day before, his mother spoke before the International Committee on the Rights of Persons with Disabilities, pleading to stop the “assassination” of her son. “Why won’t you listen to us? Vincent is a human being, not an object,” she said, adding, “Vincent is not a vegetable. I’ve never seen a vegetable turn its head when it’s called. I have many pictures and videos that prove exactly the contrary of what can be read on the papers.”

READ: Quadriplegic man reportedly ‘cried’ when told France has ordered him to be starved to death

While euthanasia is illegal in France, life-saving measures can be removed for people who have “no hope of recovery,” and people can legally be placed under deep sedation until death. Lambert’s case has ignited fears that this will set a dangerous precedent, allowing countless other people with similar disabilities to be euthanized as well.

Bobby Schindler, president of the Terri Schiavo Life and Hope Network, whose sister Terri was also deprived of nutrition and hydration leading to her death, provided a statement to Live Action News about Lambert’s killing.

Vincent Lambert is a disabled man who relies on food and water, just like the rest of us. He experienced a brain injury, but is not terminal and not near the end of his natural life. It’s a crime against common sense that his parents are being denied the right to care for him as they see fit.

Vincent is being killed by the French state, and this killing is intentionally being caused by a denial of food and water. If we treated any other disabled person this way, it would be rightly seen as an outrageous injustice. We have to awaken the consciences of our brothers and sisters to recognize the humanity and dignity of Vincent Lambert and those like him—lives are literally at stake.

It is not known how much longer Lambert can survive without food or water, but death by this painful method can take several weeks. His parents now say his condition is “medically irreversible” and that they are resigned to his death, calling off demonstrations pleading for his life to be spared to instead remain by his bedside. “We have nowhere else to turn and now it’s too late. Vincent is dying,” they said in a statement sent to AFP. “Throughout the last week, we made a huge effort to try and ensure that the suspension requested on Vincent’s behalf by the UN committee on disabled rights was respected. But it was in vain.”