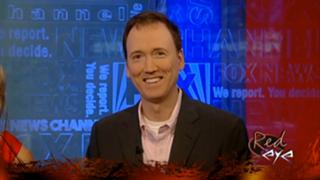 One of my favorite shows is “Red Eye w/Greg Gutfeld.” I am a huge fan of Greg Gutfeld and Fox News Channel, and so my DVR is full of episodes of this delightful roundtable-type discussion show that airs at the ripe hour of 3am. The show doesn’t really discuss life issues from what I’ve watched, and abortion seems to come up only if one of the guests mentions it. Well, on the episode from February 1, comedian Tom Shillue did make an interesting point tying in abortion to the concept of a “love child.”

The segment was addressing Dan Marino, former Miami Dolphins quarterback, having fathered a love child. Guest Lori Rothman mentioned that Marino “was squeaky clean; that was his image” and that “it’s surprising to a lot of people.” 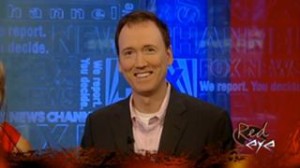 Yes, it is a bit surprising. But then Tom Shillue put the situation into the proper perspective when asked if the term should even be used.

Here’s the thing: love child? What is this, medieval times or something? What is it, like “Game of Thrones”? Enough with the love child!

You know what the difference between a love child and an affair is the love child, they didn’t get an abortion…we make it as if it’s a higher crime. Having sex outside of marriage, it’s the only crime where the punishment decreases if you destroy the evidence[.]

Exactly! A child conceived from an affair is oftentimes considered “evidence” of an affair and is oftentimes “destroy[ed]” in order to hide that evidence. It’s one such example where abortion is taking the easier way out, where the procedure destroys the “evidence,” which is the child, to cover up the crimes of the child’s parents.

Bill Schulz then chimed in with:

I don’t…I reject the fact that kids are punishments. They’re delights.

Tom then makes what is the most powerful part of his statement:

… what I’m saying is the crime, you’re punished more with this, saddling this medieval love child over your head! It’s a kid, it’s a human being!

Okay, so it’s not only “medieval” to call someone a “love child,” but it makes this child seem merely a further scandalous part of the affair, and less like the human being that he or she is. Yes, it may be a bit shocking and scandalous that Dan Marino had an extramarital affair. The affair perhaps got more involving when a child was conceived from it. The affair was irresponsible, but having an abortion wouldn’t have made Marino and his partner any more responsible. The child should not have to pay for the parents’ wrongdoings. One should realize that yes, Dan Marino made a mistake, which was the affair. But he and the mother of the child came to an agreement and made the responsible decision to choose life!

I love Tom Shillue. He’s quite the comedian. He also performed in Jimmy Fallon’s barbershop quartet (he is one of my boyfriend’s favorite barbershoppers) and sang lead in the 2003 Northeastern District Quartet Championship Quartet, Scollay Square. But perhaps most important of all is that he has reminded us that when we talk of a “love child” and focus on the scandalous or shocking nature of the situation, we are forgetting that we’re talking about an actual human being here. Let’s remember that no matter the circumstances of conception, all children are deserving of love and respect as fellow human beings.

Dan Marino is discussed in the video starting at 37:19.