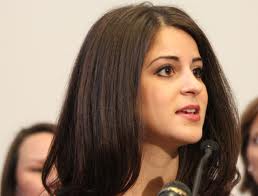 “Does it have a heart beat?” the young woman asked. “Heart tones,” the Planned Parenthood counselor interrupted. “Heart beat is when the fetus is active in uterus, can survive, which is about 17 or 18 weeks.”

This is simply false. The prominent embryology textbook, “Human Embryology” by Moore and Persaud, states, “The heart begins to beat at 22 to 23 days.”

Later, Planned Parenthood abortionist Dr. Gary Prohaska told our investigator, “you don’t want to wait” to get an abortion, warning, “You know, women die having babies.”

Shockingly, Planned Parenthood of Wisconsin claimed that its counseling was “medically accurate” and that our shortened tape created “serious misimpressions.” We have released the unedited counseling footage for the public to see at LiveAction.org. As is standard for Live Action, we have also sent the footage to proper state authorities for their review.

We will release additional undercover videos showing the same disturbing behavior at other clinics in Wisconsin and across the country. A growing pattern suggests that Planned Parenthood institutionally misleads women about abortion.

Providing medical misinformation and manipulating women in such a grave and irreversible decision as abortion is unconscionable. Institutionally standing behind medical falsehoods shows the public that the problems come from the highest levels of Planned Parenthood. Women deserve to know the truth.