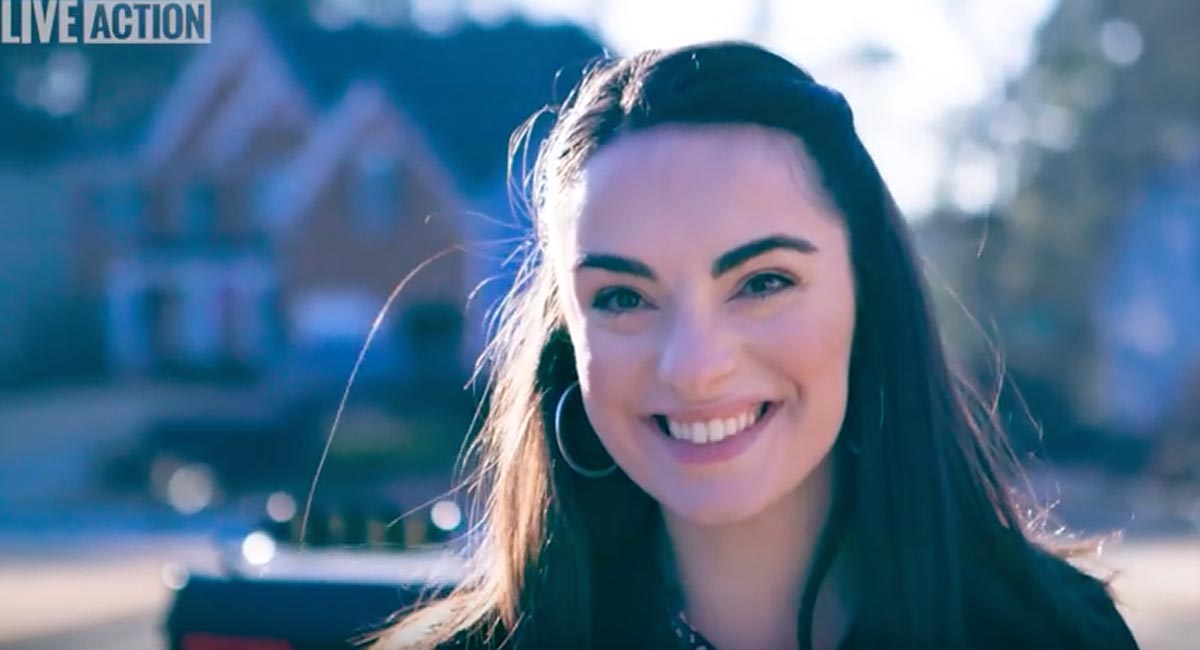 Three doctors told my parents to abort me… but three other doctors were willing to fight for my life. Doctors have power either for life or for destruction. If I had been diagnosed with a terminal disease at the age of two with no perceived hope of survival, it would have been criminal for any doctor to suggest just stopping my life right then and there because I was going to die anyway. But because I was in utero, doctors decided that my life had no value and should be ended.

For as long as I can remember, my mother made sure I understood that God is like no other and that He had saved my life.  She told me she prayed that I would not only know Jesus as my Savior but that I would live out that love in kindness and compassionate, tangible ways. She also wanted me to understand the significance of what God has done and is continuing to do in my life.  Recognizing this has compelled me to be His voice for the voiceless.

Three physicians failed to see my life as having any worth once they saw I was sick, and believed I would never live (or if I did, it would not be a “normal” or long life). Who defines ‘normal’ and why does the geographical location of a sick child make that child worth destroying as opposed to worth fighting for? I wonder why I was now worthy of destruction just because my health status had changed from healthy to sick, and because I was still inside my mother’s womb.

Thankfully, my parents not only loved me unconditionally but they also saw the intrinsic value of my life and wanted to fight for me. My Grammy told my parents as long as there is a heartbeat, there is hope and we pray. 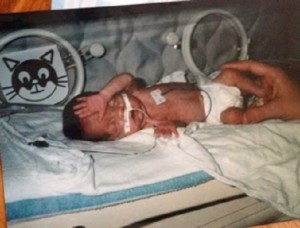 God opened the door to get my parents and me into the hands of doctors who were willing to try and save me. These wonderful doctors realized it was a serious situation, as there was no amniotic fluid and I was very growth retarded, but they were willing to do everything in their power to help.

I was born at one pound two ounces and one of the doctors told my parents that if I was born alive I would be too sick to make any noise, as I was so small and there was no amniotic fluid. But when I was born that sweet doctor said, “She is squawking.” I then spent 5 1/2 months in the hospital. My mom stayed with me up to 12 hours a day and my dad came almost every day after work and on weekends.

Years ago, I wrote letters to the doctors who didn’t fight for me. I wanted to tell them that I forgave them even if they didn’t realize they needed it and I wanted them to know that Jesus also loves them and is willing to forgive them if they will turn to Him and stand for life. I didn’t want other parents to have to face what my parents faced. 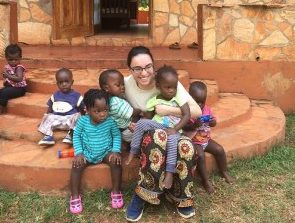 Rachel Guy in Uganda (Photo via Save the 1)

Writing these doctors was a long process of praying and making sure I used thoughtful, loving words. My hope was that they would hear of Jesus’ forgiveness and also be compelled to never again suggest that any parents take the life of their child. I could not believe it when I received handwritten notes in the mail from two of those three doctors who had said to abort. I was deeply touched and thankful.

My parents never realized before all this happened that knowing where a doctor stands on life in the womb is critical to picking a doctor. My parents, like many, incorrectly assumed all doctors value and fight for all life.

Because of my story, I see the beautiful side of the medical field with physicians who will use their giftings to impact lives for good. But I also am well acquainted with the fact that some doctors use their influence to decide which lives have value… and which don’t.

This was the beginning of my journey to start a resource of 100% pro-life OB/Gyns.

It has not been easy to find doctors who are 100 percent pro-life, but I will never give up as I know they are out there.

Editor’s Note: This article is a revised version of an article originally published by Live Action News on October 16, 2015. Read the original version here. Images of Rachel in Uganda via Save the 1.